A Bit of Broadway Returns to Hyde Park

Posted at 13:00h in Blog by HBI Administrator 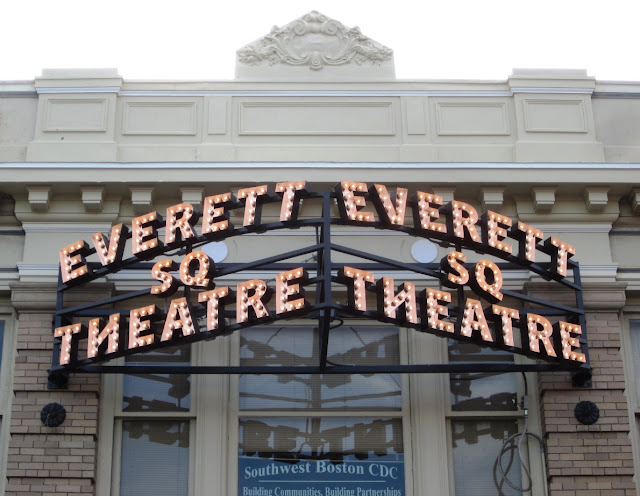 It is getting dark early these days, but the streetscape on Fairmount Avenue in Hyde Park just got a bit brighter with the recent installation of a Broadway-style sign over the entry to the Everett Square Theatre. Fabricated by Boston Sign, the design is based on historic photos of the original and on a 1915 building permit found by HBI. Meticulously crafted by hand, the sign represents a rare re-creation of the signs once typical on theatres in the early 20th century, whose clear incandescent bulbs helped give Broadway the name ?The Great White Way.? 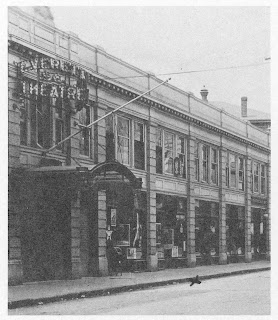 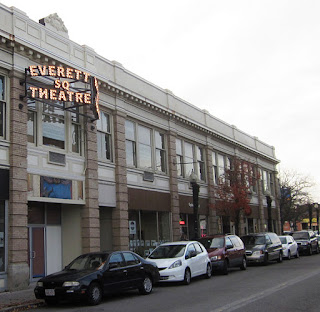 Building owner Pat Tierney and project partners HBI and Hyde Park Main Streets envisioned this project as a way to not only restore a bit of Logan Square?s historic streetscape, but also to draw attention to the presence of the long-shuttered theatre and to help build community support for its eventual rehabilitation. 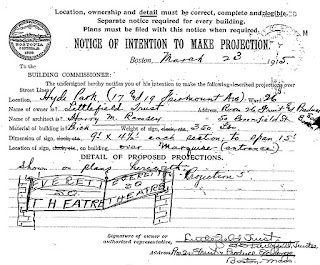 The first of these goals has been met, as the sign has already created quite a buzz in the neighborhood, with many locals asking about when the theatre will be restored. While planning for that ultimate goal will begin moving forward in earnest soon, the renovated lobby is being opened as a space for exhibits and other community events. Paired with ?The Switch? next door?a formerly vacant storefront that Pat Tierney renovated and opened last year as a funky and flexible short-term retail and event rental space?these two newly-activated spaces will add energy and life to the Fairmount Avenue streetscape.

Funded in part by a grant from the City of Boston?s Edward Ingersoll Browne Fund as well as a grant from HBI as part of its Historic Neighborhood Centers initiative in Hyde Park, the design, fabrication, and installation process was overseen by HBI Senior Program Manager Jeffrey Gonyeau. The project will see its formal unveiling in the next few weeks during an early evening event that is still being scheduled.