Posted at 16:34h in Blog by HBI Administrator 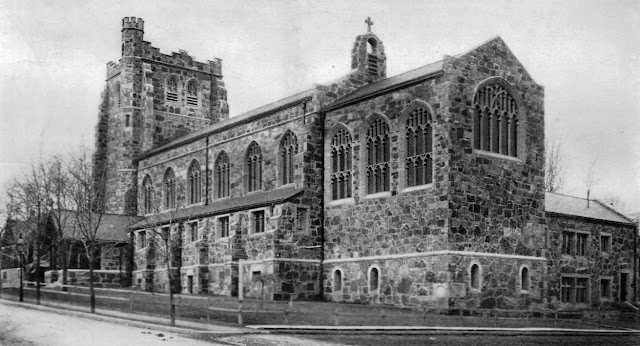 HBI was pleased to play an important role over the last two years in the completion of a comprehensive historic structure report for the Parish of All Saints, Ashmont?an architecturally significant church in Boston?s Dorchester neighborhood. 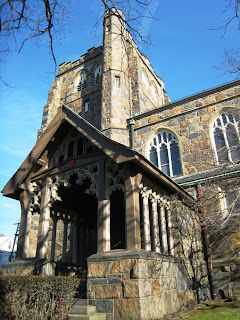 As the first church design by noted Gothic Revival Architect Ralph Adams Cram and the first building on which he and his firm partner Bertram Grosvenor Goodhue collaborated, All Saints has long enjoyed a certain amount of prestige in architectural history and historic preservation circles.
Cram maintained an association with his first building throughout most of his long career, enlisting the finest craftspeople of the time to embellish the structure with additions, furnishings, and art. The church is widely considered to be a prototype for American church building in the Gothic Revival style in the 20th century. As the building?s National Register of Historic Places nomination form notes:
All Saints Church?has considerable and long-recognized significance as the earliest work of a major architectural style, the Modern Gothic. The church?s construction over a nearly forty-year span also reflects the evolution of Cram?s theory and style; finally, its interior sculpture and ornament represent a high point in American interior church design.
The recent historic structure report completed by John G. Waite Associates, Architects (JGWA) in March of 2012, is breathtaking in its level of detail and thoroughness. Weighing in at almost 450 pages plus an additional 375 pages in appendices, the report contains a thorough history of the design, construction, and evolution of the church building and later Parish House wing. It provides extremely thorough existing conditions reports for the entire complex, an analysis of the stained glass windows, as well as assessments of more mundane items such as the heating, plumbing, electrical and other building systems. Even the church?s two organs were studied and evaluated as part of the process by noted organ consultant, Jonathan Ambrosino.

In coordination with the foundation that funded the report, HBI Project Manager Jen Mecca managed the process of developing the scope of the study, soliciting proposals from architectural firms to carry it out, and then helping to oversee its preparation. One of the more interesting tasks Jen completed was transcribing Cram?s original carpenter work specifications for the building, which are housed in the Boston Public Library and which yielded, among other fascinating information, much detail about original species of wood used for structural and finish details and even the size of nails, nuts, and bolts.
JGWA?s report further validates All Saints? architectural pedigree and influence, stating:
Over the years, Cram?s importance and the significance of All Saints, Ashmont have been increasingly recognized and celebrated. Today it can be stated that All Saints is architecturally one of the most significant religious buildings of its period constructed in the United States. Because of this national significance, it should be recognized as a National Historic Landmark by the U.S. Department of the Interior.
Of course, these reports are most valuable when they lead to restoration and preservation of the buildings they evaluate, and that is what is happening at All Saints. JGWA was retained by the Parish for additional study and design work and is far along in scoping and designing a comprehensive exterior and interior restoration of the building.
A construction management firm has been hired to complete a scope of pre-construction services, leading to actual construction beginning in the spring of 2013. Fundraising in support of the project is ongoing, with major foundation and individual contributions committed and a wider capital campaign to be launched this fall.  As the project progresses, updates will be posted on the Parish website at www.allsaints.net.
HBI has a long record of providing technical and financial assistance to religious congregations with historic buildings through the Steeples Project and other targeted projects, and was honored to provide support for this critical planning work on one Boston?s most architecturally significant religious structures. 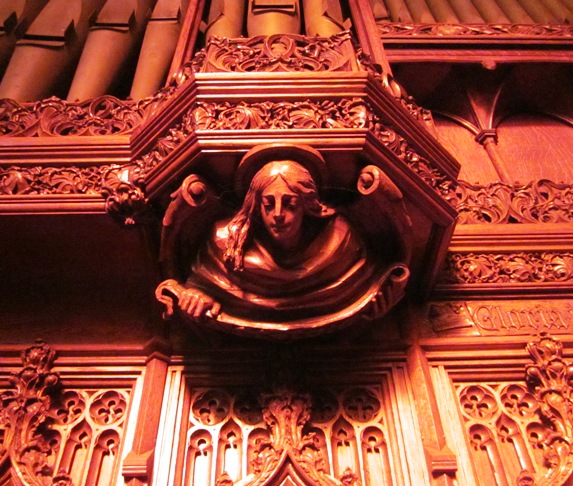