Posted at 09:26h in Blog by HBI Administrator 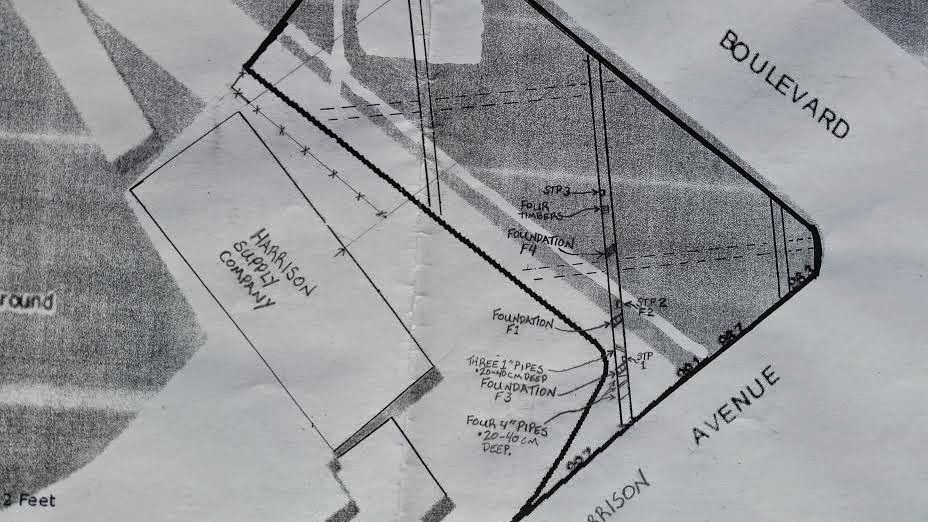 In July, the Massachusetts House of Representatives passed House Bill No. 4363 which prepares the State-owned Parcel 8 in Roxbury for transfer to the Boston Redevelopment Authority and the city of Boston for disposition for development.  Among other things, the bill requires that an archeological survey be completed of the southeastern portion of Parcel 8 (once an edge to the colonial period Roxbury Neck) in order to understand what historical material lies beneath this area so transformed in the 1960s and 70s by the unsuccessful Inner City Belt Highway project.

That archeological work began and will end this week. It was commissioned by the property owner, the Commonwealth?s Department of Conservation and Recreation, and is being conducted by an archeological team from DCR and the University of Massachusetts? Archeological Services program.  The team had done considerable base research using historic maps of the area over several periods of time, and designed a methodology for digging that would give them the most comprehensive subsurface views of the site.

HBI staff dropped by the site this week.  If we thought that archeology involved the precious clearing of soil layers with soft brushes, this visit was an education.  What looked like a construction team laying new utilities between Melnea Cass Boulevard and the old Harrison Supply Company, was actually the team of archeologists excavating with back hoes four-foot-deep trenches at diagonals across the rectangular parcel.  We were told this was done deliberately in order to gather a cross-section of information in relation to what they knew of previous buildings, streets and functions across this parcel.

We were shown various layers of different colored soils whose striations were evident to at least three feet below and reflected different eras of neighborhood development. The team uncovered pottery shards, porcelain, glass bottles, and many small rusted metal objects. They found a mid-20th century Ford hubcap, and an early 20th century iron automobile crank. They also identified the foundations of what are thought to be mid-19th century tenement buildings along Harrison Ave., their date initially presumed by the method of foundation construction.

Objects uncovered here will be catalogued and deposited in the City?s Archeology Lab in West Roxbury.  The UMass archeologists and DCR?s Chief Archeologist, Ellen Berkland, will also produce a report documenting what was found and where on site.

In the ever-changing City of Boston, moments like these are a rare opportunity to document evidence of the ancient city.  The archeologists are digging a few test pits within the 4-foot trenches to about 6 feet, and are hitting the water table ? a reminder that this area was once marshland when it formed the southernmost end of Roxbury Neck.

To learn more about the historical development of the area, click here