Posted at 16:33h in Blog by HBI Administrator 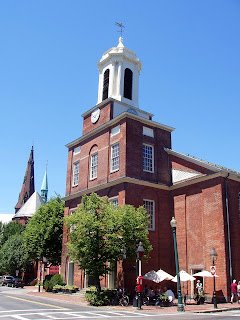 Guest Blogger, Mirko Kruse is a senior at Boston College majoring in Economics.  He is currently a Marketing Assistant at Argopoint LLC, and Chairperson for the Quality of Student Life Committee at Boston College.
Take a casual stroll through Boston?s neighborhoods and you are likely to discover Boston?s rich, layered history tucked away somewhere amongst the high rises, sports bars and local shops and businesses.  Boston is a living scrapbook, with each block a reminder to the bustling crowds of locals, businessmen and students that Boston goes back?way back.   Perhaps no other city in America has integrated its history into the workings of a modern functioning city more so than Boston.  And there is no better example of this than Beacon Hill?s Charles Street Meeting House.
The Charles Street Meeting House was completed in 1807 for the Third Baptist Church.  It was built along what was then the bank of the Charles River?long before the Back Bay began to be filled in?so that baptisms could be conveniently performed.  In 1836 the church?s segregationist seating arrangements, which kept blacks confined to the gallery, were challenged by a white abolitionist, Timothy Gilbert, who invited black friends to sit with him in his pew.  Gilbert was expelled from the church and he, along with fellow abolitionists, would go on to found the first racially integrated church in America, the First Free Baptist Church in Boston.  In subsequent years, the Third Baptist Church would change their position on slavery and the Charles Street Meeting House prior to the Civil War would become a locus for abolitionist activity.  Harriet Tubman, William Lloyd Garrison, Sojourner Truth, Wendell Phillips and Frederick Douglass all spoke there.  The Church would undergo a series of transformations, first into the First African Methodist Episcopal Church in 1876 and then into the Charles Street Meeting House Society in 1939.  Conservation efforts began in 1949, although the structure would remain fully functional as a Universalist experimental church until 1979. 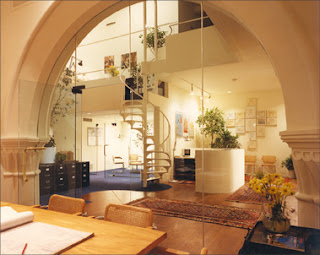