Big News on the Fowler-Clark Farm in Mattapan!

Posted at 10:15h in Blog by HBI Administrator 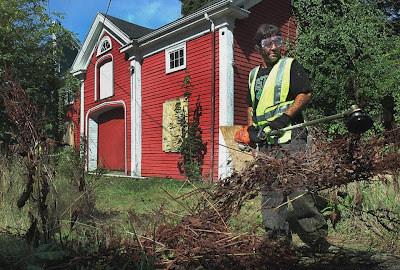 Fowler-Clark farm, possibly the oldest remaining farmhouse in the city, was once one of many dotting a fertile Boston countryside, a rich ecosystem of arable land, orchards, and livestock. The area was, by one 17th-century account, a place of ?fair cornfields and pleasant gardens,? overflowing with pigs, goats, and cattle.
Now, sitting on a busy residential corner of Mattapan, near streets that have all too often seen gunfire and violence, the farm has fallen into disrepair. Weeds, tangled and haphazard, grow in the yard. Paper plates, candy wrappers, and half-eaten food accumulate by the fence. Inside, dust blemishes what remains of the house?s ornate woodwork, and broken windows suggest intruders have entered.
It was time, city officials said, for something to be done.
Read the Rest of the Article