Posted at 08:51h in Blog by HBI Administrator 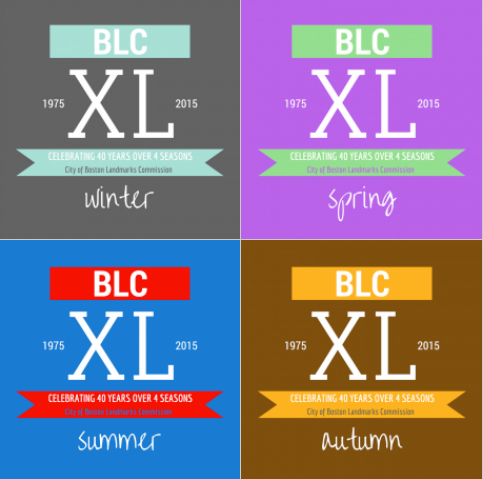 Mayor Martin J. Walshrecently unveiled a series of free events scheduled throughout 2015 to celebrate the 40th anniversary of the Boston Landmarks Commission. TitledBLC XL, this anniversary series, features four seasonal programs celebrating Boston?s historic places and the progress made during the past four decades toward protecting and enhancing the city?s unique identity.
?For forty years the Boston Landmarks Commission has worked to safeguard the character of our beloved City, from its iconic downtown buildings to its many vibrant neighborhoods,? said Mayor Walsh. ?I encourage residents and visitors to take advantage of the BLC?s free programming and join us throughout this anniversary year as we mark these truly landmark achievements.?
The BLC XL series begins on March 12, 2015, with a winter program in partnership with the Friends of the Public Garden. ?A Spin in the Park,? invites the public is to enjoy a free guided tour of the Boston Common. On this early-evening ramble, the Friends will present the colorful history of the Common, a designated Boston Landmark since 1977, and their ongoing efforts to restore and maintain it. BLC staff will reveal how the Common?s significant fences, statuary and fountains help define one of the city?s foundational places. The ?spin? through the park will then take to the ice with skating at the Frog Pond, where rental skates will be free to registered attendees along with a complimentary hot chocolate. Online registration is available here:
blcxlwinter.eventbrite.com
Subsequent BLC XL events slated for 2015 include the BLC?s National Historic Preservation Month keynote event, to be held in May; a picnic and talk in Franklin Park, co-hosted by the Boston Parks and Recreation Department, scheduled for July; and a harvest-themed archaeological program coinciding with National Archaeology Month in October. For upcoming event details and announcements, please follow the BLC on Facebookand Twitter(@COBLandmarks),visit their website at boston.gov/landmarks, and join our e-mail list by contacting Tonya Loveday at tonya.loveday@boston.gov.