Posted at 12:54h in Blog by HBI Administrator 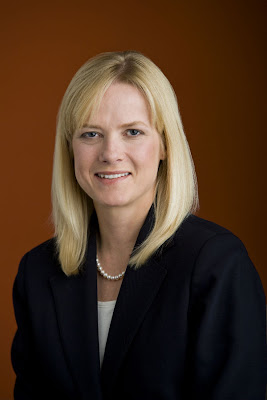 While Stephanie Meeks declared herself to be on a listening tour to Boston on October 1st, she gave the distinct impression of someone who recognizes preservation as a community revitalization tool for urban neighborhoods.

As the National Trust for Historic Preservation?s new president, Stephanie visited HBI?s project underway at the Eustis Street Fire House in Roxbury?s Dudley Square, toured the South End?s Washington Gateway, and Dorchester?s Upham?s Corner to see the work of Boston?s Main Street programs where the Boston Preservation Alliance, HBI and the City of Boston have collaborated on preservation strategies over the past two years through the Trust-funded Partners in the Field grants. 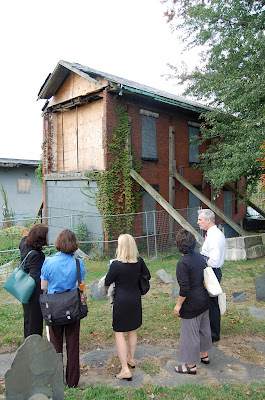 Over coffee, Stephanie questioned HBI, BPA, City and Trust staff about the tools and resources needed to make preservation and preservationists more effective in Boston. She is looking to understand the places where the National Trust can play a unique role. Some of the things she is exploring include a national revolving fund that provides capital and capacity for preservation projects, and ways to bolster and expand the role of the well-heeled National Main Street program.

HBI looks forward to a long and fruitful partnership with Stephanie and her colleagues at the National Trust.

For more information about Ms. Meeks, please take a look at this video interview.