Boston?s Next Mayor and Historic Resources ? Surveying the Candidates

September 17, 2013 Boston?s Next Mayor and Historic Resources ? Surveying the Candidates

Posted at 15:13h in Blog by HBI Administrator 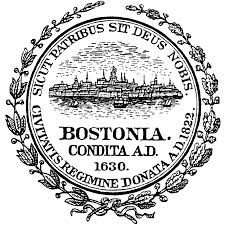 As Boston’s mayoral candidates sprint towards the primary, they are constantly finding themselves in neighborhoods whose very character is defined by historic buildings and landscapes.  A recent survey by the Boston Preservation Alliance shows that the candidates universally acknowledge the positive role of historic buildings and preservation efforts on the city’s growth and success.  With 9 of the 12 candidates responding, most state that preservation is important to the city’s character and an important part of the role of the mayor, though there is not a consensus on how to fund, regulate and promote preservation efforts going forward.
Every candidate responding to the survey (see below for a full list) indicates that historic preservation plays a positive role in Boston’s success andenhances the city’s desirability as a place to work and play. The majority of the candidates believe that historic preservation has ?enhanced a great deal? the city’s desirability as a place to work, operate a business and invest in real estate, echoing a common theme of the Alliance.  Only candidates Michael Ross and Robert Consalvo believe that preservation plays only ?some role? in enhancing Boston as a good place to work/operate a business and Ross sees only ? little? impact of preservation as a good place to invest in real estate and development.  Others feel that preservation has a ?great deal? of influence in those investments.

The candidates were almost evenly split on the question of whether Boston’s historic resources have been adequately protected in the past decade (Conley, Consalvo, Ross, Richie ? yes) (Arroyo, Barros, Walsh, Connolly, Walczak ? no) — possibly reflecting the dichotomy between the current Mayor’s many preservation successes and the simultaneous limitations of the current system with respect to analysis, planning and funding. All but one candidate would strive for greater protection of Boston’s historic resources (Walsh choosing ?no opinion?)  and additional funding (Consalvochoosing ?no opinion?).

?         To enhance the stability, longevity and benefit associated with some of the City’s most well-known historic structures (i.e. Old State House, Paul Revere House, etc.):
o    80% of the respondents would focus first on actively promoting greater private foundation and corporate philanthropic support (all but Barros and Golar Richie).

o    Creating a new revenue stream (such as development, hotel or other tax/fee) is Golar Richie?s first choice, but second or third for everyone else.

o    All but Consalvo consider ?maintaining the status quo? as their least desirable solution.

o    Conley was also alone among the Mayoral candidates in not supporting state and federal historic tax credit programs.

?         The candidates all are open to changes in the City?s Article 85-Demolition Delay, the process by which the city can postpone owner-requested demolition of buildings over 50 years old  to provide more sufficient time to seek alternatives to loss.
o    Most are open to the idea of extending the period from 90 days to 180, but they feel more analysis is needed.

o    Connolly recognizes a related problem, that we need to better define the ?standard for what constitutes a complete demolition.?

?         Almost universally, the candidates disagree with the idea that preservation regulations tend to unnecessarily cost the city money or impede progress (with Ross/Walsh having no opinion on the issue).

?         The balance between the BRA?s planning and development division impacts the way the city shapes the make-up and character of Boston?s future.
o    Consalvo and Richie believe this balance is fine as is.

o    Arroyo and Barros feel the development wing should be stronger.

o    The rest of the candidates support a strong position for planning.

With all of the candidates recognizing that preservation is an important aspect of the Mayoral role, it is clear that questions of how to fund these efforts, create policies and marry preservation with forward progress will be important areas of engagement for advocates like the Alliance. We must maintain a presence and work actively with a new mayoral team to enhance the process.
It is encouraging that all the candidates recognize that preservation of the city?s historic buildings and landscapes are central to the city?s character and its success. The Boston Preservation Alliance looks forward to continued discussion on preservation issues with the two candidates surviving the primary and reporting that information to continue to educate the electorate.
Quotes from the Candidate Survey
?Each time we lose a piece of our history, it is unfortunate, but that is why it is important to work with developers and the community to preserve as much of our history while also moving our city forward.?
– Arroyo
?Preservation is critical to the survival of Boston, as we know it.?? Barros
?I believe the preservation work related to Boston’s historic theaters has been extraordinary and have shown the capacity for preservation projects to act not merely as museums or monuments to the past  ?  but how they can also be living, thriving centers in a community.? ? Conley
?We are fortunate that for most of Boston?s history, the economic and technological forces that shaped our city?s development created a built environment that is blessed with beautiful public spaces and dignified architecture. ?it?s exactly this kind of environment that people want for themselves? Preserving this built environment has contributed to Boston?s success…” – Connolly
?Imagine Boston without historic preservation; not just for tourism but for creating and enhancing a special character that distinguishes Boston from other cities? ? There is nodoubt, however, that some businesses consider historic preservation a burden? and maybe we don’twant those kinds of businesses anyway.? – Consalvo
?Preservation has played a positive role and has given Boston a specific identityas it has protected the things that make Boston unique. Boston is a city that hasalways embraced its past as it moves forward. We have a nice collection of oldand new buildings.? ? Richie
?Our history and internationally-known landmarks are a key driver of tourism andadd vibrancy to our city.? — Ross
?Many of our older, historic sections of the city have been rediscovered and arebeing redeveloped as historic districts rather than demolished? Preservation is essential to Boston’s identity.? ? Walczak
?Historic tourism is a major economic driver for the city of Boston, and it is vital tothe region as a whole.Cultural organizations/businesses and higher education entities are drawn to ahistoric city with enriching cultural sites. The cachet of operating a business in acity of firsts ? draws investment.? — Walsh
**The following candidates participated in the poll: Felix Arroyo, John Barros, Daniel Conley, John Connolly, Robert Consalvo, CharlotteGolar Richie, Michael Ross, Martin Walsh, Bill Walczak..