Posted at 07:55h in Blog by HBI Administrator 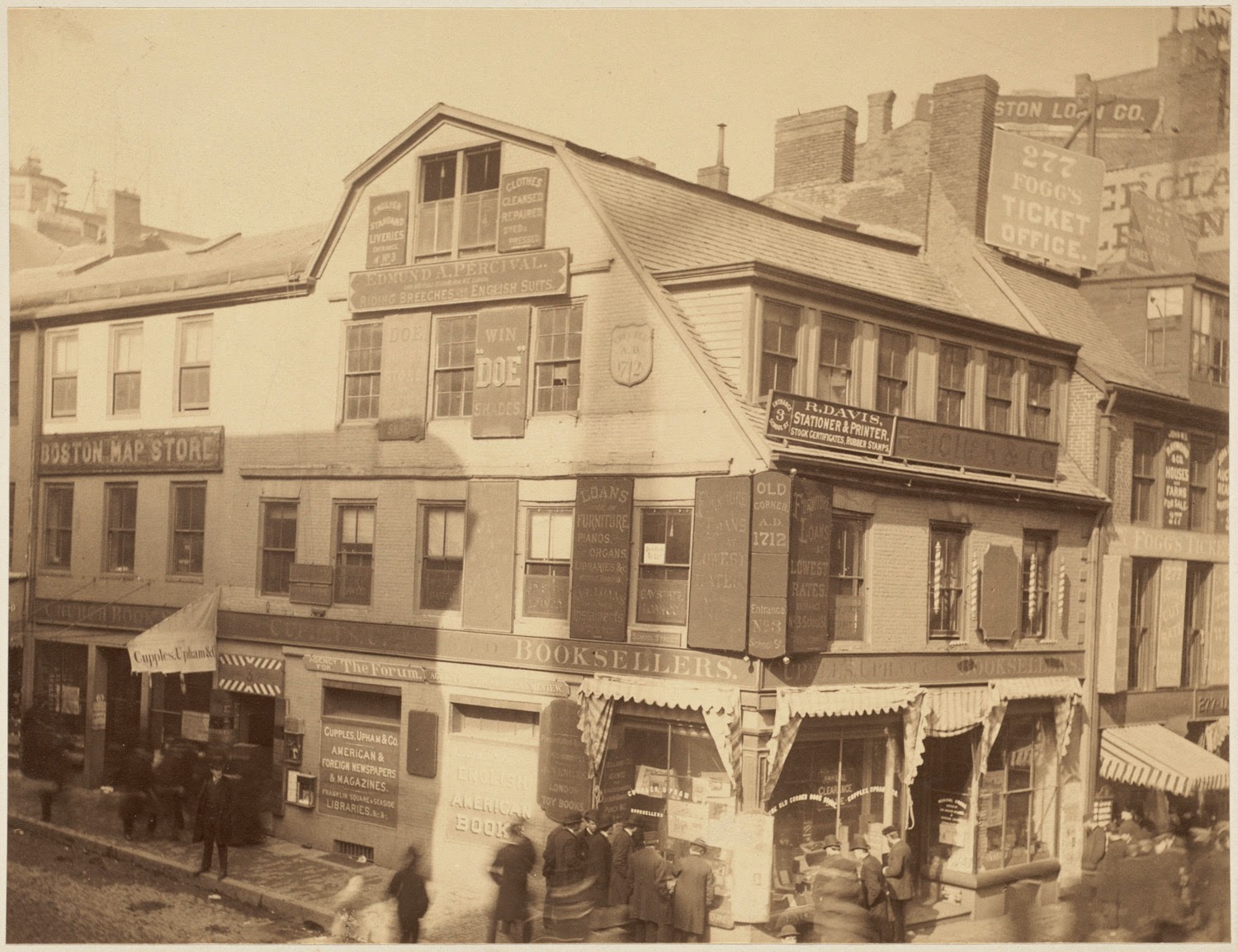 ?A written word is the choicest of relics. It is something at once more intimate with us and more universal than any other work of art. It is the work of art nearest to life itself. It may be translated into every language, and not only be read but actually breathed from all human lips; — not be represented on canvas or in marble only, but be carved out of the breath of life itself.?
? Henry David Thoreau, Walden
Boston?s new Literary Cultural District highlights Boston?s rich tradition as a literary, writing and publishing mecca. And while there are gobs of stories to tell and great authors to highlight from over 400 years of history, we think it?s time to revisit the history of our own flagship property, the Old Corner Bookstore, and the many great works published there.
Built in 1718, the Old Corner Bookstore?s colonial appearance is deceiving. While it is downtown Boston?s oldest commercial building ? built as an apothecary shop and house ? it is most significant for having been the headquarters of the great publishing house Ticknor and Fields from 1832 to 1865. From this place, great works of literature were launched from some of the greatest and most distinctive American voices of that period: Little Womenby Louisa May Alcott, Uncle Tom?s Cabin by Harriet Beecher Stowe, and Walden by Henry David Thoreau. Works by Ralph Waldo Emerson, Henry Wadsworth Longfellow and Nathaniel Hawthorne were also launched here. The firm published the Atlantic Monthly from here, and they were also was among the first American publishers of Charles Dickens? work, and the author enjoyed two visits to Boston during his long career. 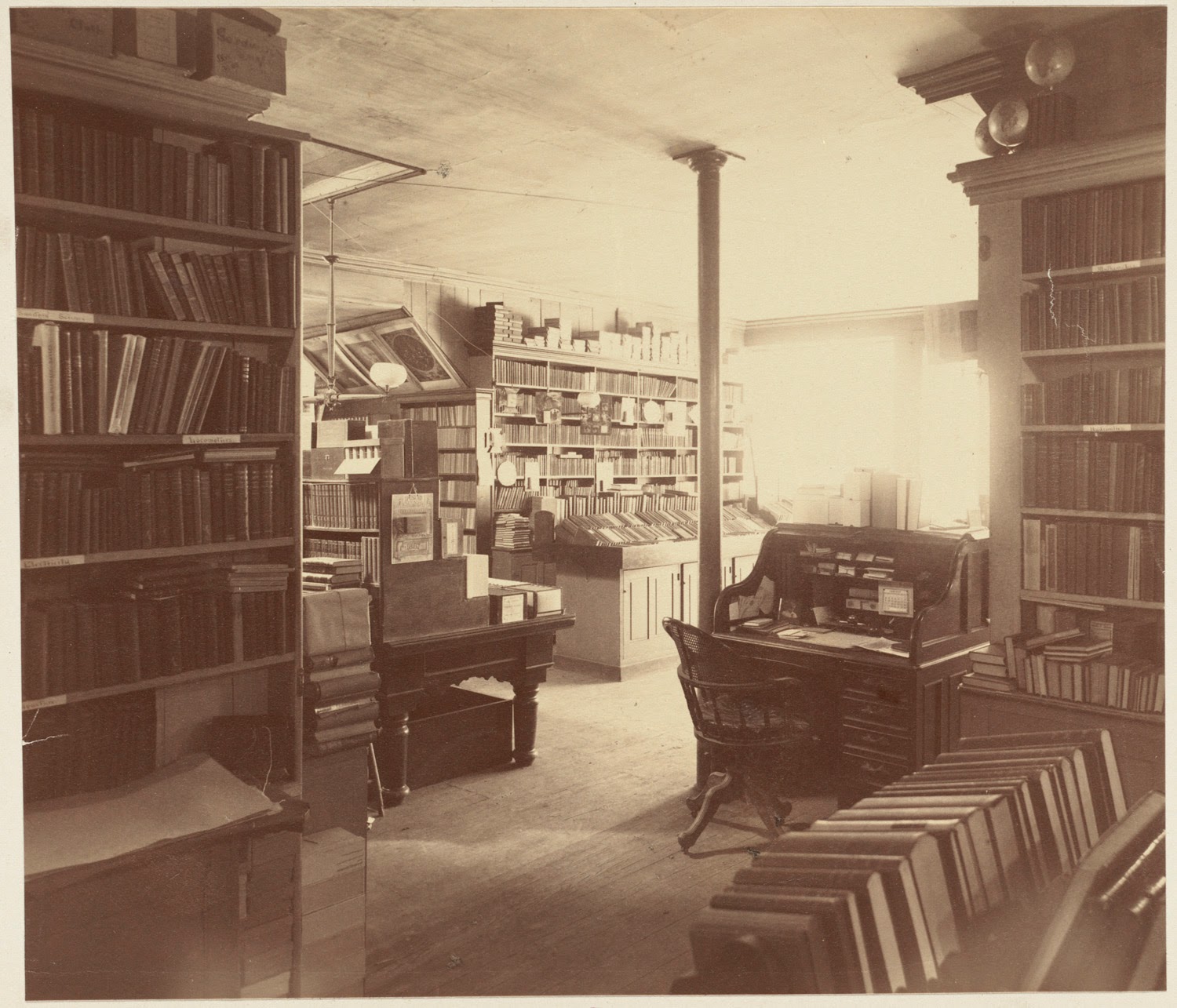 Between this spot and the nearby Parker House Hotel, the greatest authors of the mid 19th century met, discoursed, and ultimately published their works. The Saturday Club, a group of twenty-two literary lights held monthly dinners nearby in the private dining-room of the Parker House not far from the Old Corner Bookstore. Among these Boston luminaries were William Dean Howells, Henry Wadsworth Longfellow, James Russell Lowell, Oliver Wendell Holmes, R. H. Dana, the Fields, the Ticknors, and Charles Eliot Norton.

Ticknor died unexpectedly in 1864. His son and continued on with James Fields, moving the growing publishing house from the Old Corner Bookstore to Tremont Street. From this historic building, though, Bostonian hegemony in publishing began, largely driven by a tradition of great writers and thinkers. Houghton Mifflin Harcourt, and Little Brown trace their publishing lineages to this building and to Ticknor and Fields.
Numerous generations of booksellers have occupied this building too. As far back as 1828, Timothy Harrington Carter leased the corner space as a bookstore. Throughout the 19th century and well into the 20th century, there was a bookstore here. In recent years, the building hosted the Globe Corner Bookstore until 1997 and then the Boston Globe Company Store until 2004.
The world of publishing and book selling has changed considerably and may not look and feel the way it did in the mid-19th century. However, the Boston Literary District both commemorates the great foundation laid by early Boston writers, thinkers and publishers, and celebrates how that past is a platform from which we continue to honor the acts of reading and writing, and the production ? on paper or in digital format ? of the written word.
In the coming weeks we?ll be posting excerpts from great works published from the Old Corner. And we hope you?ll tune into bostonlitdistrict.org to follow the Boston Literary District and the many programs and activities there.