Posted at 11:47h in Blog by HBI Administrator 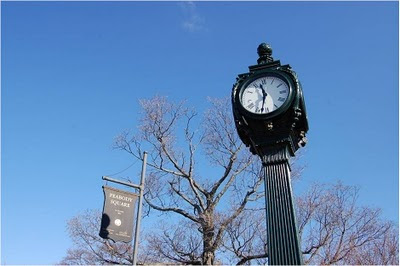 Through HBI?s work in St. Mark?s, we discovered that the district?s historic buildings reflect three broad categories of building types. There?s an impressive assembly of late 19th and early 20th century three story mixed-use buildings that emulate the Boston three-decker, housing retail businesses on the first floor and residences above. There are many one-story early 20th century cast stone commercial/industrial blocks that house retail operations. And there are several prominentinstitutional and religious buildings concentrated mostly near Peabody Square that developed to support the late 19th and early 20th century development of the St. Mark?s area. While there are several very significant and well known historic structures in St. Mark?s, HBI chose to look at buildings that are threatened, underutilized or whose rehabilitation might prove a catalyst for broader economic revitalization.

Here at Historic Boston, we often look towards the contextual buildings that make up our city?s architectural fabric. Some may question the significance of these buildings and many are surprised that an organization that focuses on historic preservation would ever take a second look at some of the buildings found in the Commercial Casebook. However, HBI feels that a rehabilitation that focuses on uncovering some of the lost or altered architectural features, paired with a strong, thoughtful plan for the building, can produce district- changing results. 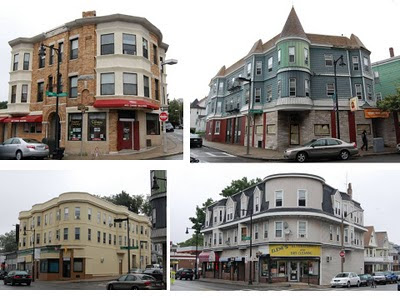 Found in commercial districts across Boston, these multi-story, mixed-use buildings mirror the famous three-decker that developed along trolley lines and major thoroughfares in the late 19h and early 20th centuries as Boston?s population exploded and the city expanded. In St. Mark?s these particular mixed use buildings are mostly located on significant corner parcels at key intersections. Those that exist today have been altered in various degrees but any have elaborate detail and elements of popular architectural styles of the times.
HBI took note of buildings along Dorchester Avenue. Some have been covered with a layer of stucco-like material, one building has likely lost its turret, and most have been covered with aluminum or vinyl siding. 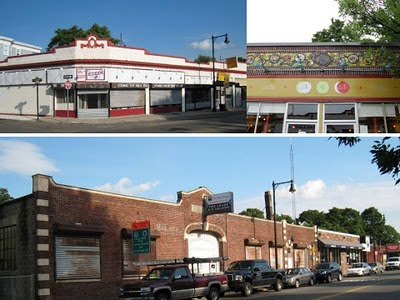 Found mostly north of Peabody Square, these one story commercial blocks were built in the 1920s and 1930s as inexpensive commercial spaces, sometimes referred to as ?taxpayer blocks?. Some were purpose built for garage or automobile repair uses with the advent of motor vehicles. Others have always contained a row of storefronts. Very often the buildings feature fine architectural detailing like strong cornice lines, distinctive parapet decoration, or storefronts with unique window configurations and transoms.
Like their three-story, multi-use counterparts, these buildings face a wide range of challenges. While unique features can help a business stand out, many of these buildings over time have been covered with layer after layer of different signage and lighting treatments, making their window openings smaller and cluttered, and detracting from their original cohesive design. Other times, space configuration limits the business operations that can operate successfully there. Nevertheless, these buildings have the potential for simple, easy repairs and redesign. Many of them host neighborhood-serving businesses and are therefore cost-effective spaces for successful local businesses. 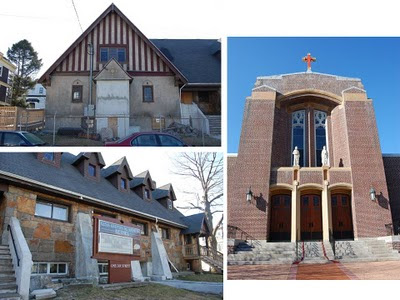 Institutional Buildings
Institutional buildings bring another set of challenges. St. Marks has a wealth of beautiful and important religious buildings. While they are important architecturally and culturally, the lack of funds and changing congregations can make them difficult to maintain. In the St. Mark?s district, we highlighted two religious properties needing preservation attention because their status and appearance can affect the look and feel of the surrounding district.

The Roman Catholic Archdiocese is currently facing the challenge of finding a new use for St. Mark?s 1920s/1930s school building located at the rear of the large parcel. The church, the rectory and the convent are all occupied by church or office uses at this time, but a recent school merger has left a large building empty.

Just up Dorchester Avenue, Christ Church, a former Unitarian church, now called Iglesia Adventista del Septimo Dio, is a significant religious structure designed by Dorchester-native, architect Edwin J. Lewis. In recent years, this congregation has altered the exterior of the church, probably in an attempt to manage moisture , including the application of stucco over the distinctive Roxbury Puddingstone buttresses, and the addition of residential-grade wooden stairs at the entry points.

For each of the sites and situations identified, we are making specific recommendations for maintenance or building renovation, or recommending preservation designations that will help call attention to important places or provide incentive to make improvements

Do you know St. Mark?s Area? Please share your thoughts below.