Posted at 11:55h in Blog by Historic Boston Inc

On Saturday June 1st, HBI hosted an Open House at the former St. James African Orthodox Church. Highland Park neighbors were welcomed to tour the building, enjoy baked goods from Haley House, and pose for a community photo with Mayor Walsh. HBI Executive Director, Kathy Kottaridis, Mayor Walsh, and long-time Highland Park resident Marchelle Raynor gave remarks about community activism, CPA funding, and the future of the historic church.  A big thank you to Christine Poff, Director of the Community Preservation Committee and Dayla Arbella  for their work in hosting and organizing the event! From the Boston Globe, read a recap of the Open House event.

Nearly a year after community activism helped save the St. James African Orthodox Church building from demolition, dozens of Roxbury community members gathered Saturday to celebrate plans to repurpose the building, which has been a part of Roxbury for more than a century.

Mayor Martin J. Walsh stopped by the Highland Park site at 50 Cedar St. Saturday afternoon to formally announce the city’s decision to invest $500,000 in Community Preservation Act funds into restoring the church. In the past 20 years, Roxbury has became a popular place for developers, making it harder for many residents who have lived there for decades to remain in the area, he said.

“We want to make sure we preserve our community, and that’s what we’re doing today,” he said.

Though the building’s owner, Historic Boston, Inc., has not finalized plans for use of the former church, the nonprofit will likely create housing on an adjacent plot, which will subsidize work to save the structure, according to executive director Kathy Kottaridis. Officials said they expect to use part of the sanctuary space to host community activities.

The building, home of the African Orthodox congregation until 2015, was saved from the wrecking ball last July when a neighborhood petition led the city to grant the building emergency landmark status. Organizers collected about 2,700 signatures to stop the building’s owner at the time, Brookline-based City Realty Group, from tearing it down, Kottardis said.

City Councilor Kim Janey said the effort to save the building was a perfect example of the government representing the people.

“This was an amazing demonstration of people power,” she said. “This is development done right.” 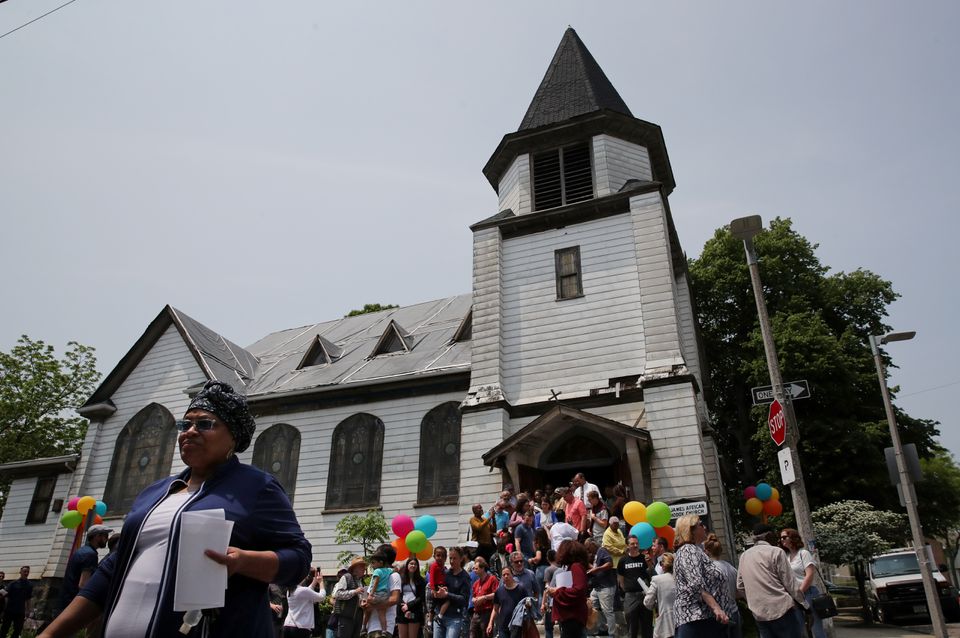 People gathered inside and outside for the open house. (CRAIG F. WALKER)

Roxbury resident Curtis Perrin, who filed the petition to make the building a historic landmark, said they saved the church just in time. Developers already had cut utility service to the building — a step necessary for demolition.

“We were literally putting a watch on the building to make sure [workers] didn’t come to tear it down,” he said.

According to Perrin, the building was erected in 1910 as a Norwegian congregational church. For many years, it served as a settlement house for Scandinavian immigrants who came to Boston, Perrin said.

The building was converted to an African Orthodox church in 1955, when Scandinavian community members left as part of “white flight.” Home to a largely Caribbean congregation, the church served as a space for community building and self-determination projects during the Civil Rights era, and played a role in creating public housing projects around Roxbury, he said. 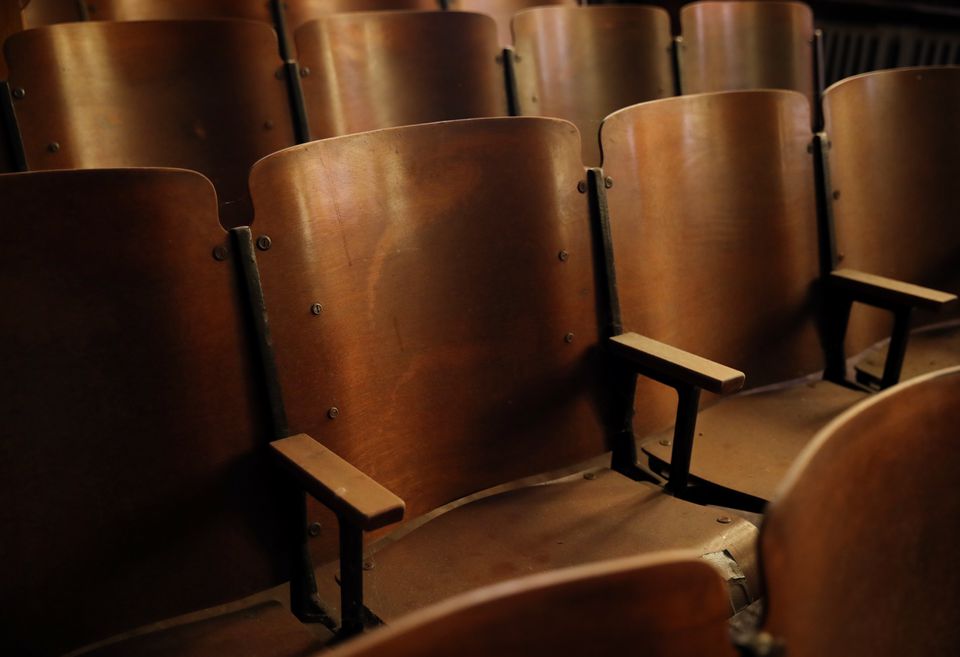 Rodney Singleton, who grew up in Roxbury and now lives just a block away from the church, said developers have been tearing down houses in the neighborhood for some years. He was a child, he said, when the city seized his grandmother’s house by eminent domain as part of its “urban renewal” program.

“I think people here too often feel like developers are using Roxbury as a kind of experiment,” he said. “It is a lot nicer to have a collaborative process instead of something that smacks of ‘You’ll do it or else.’ ”

Many who attended the event, like Marchelle Raynor, have lived in the community for more than 45 years. Raynor, a leader of a local youth center, said she hopes the renovated space will be used for cultural events, or perhaps serve as an auditorium for students at the nearby Nathan Hale Elementary School. 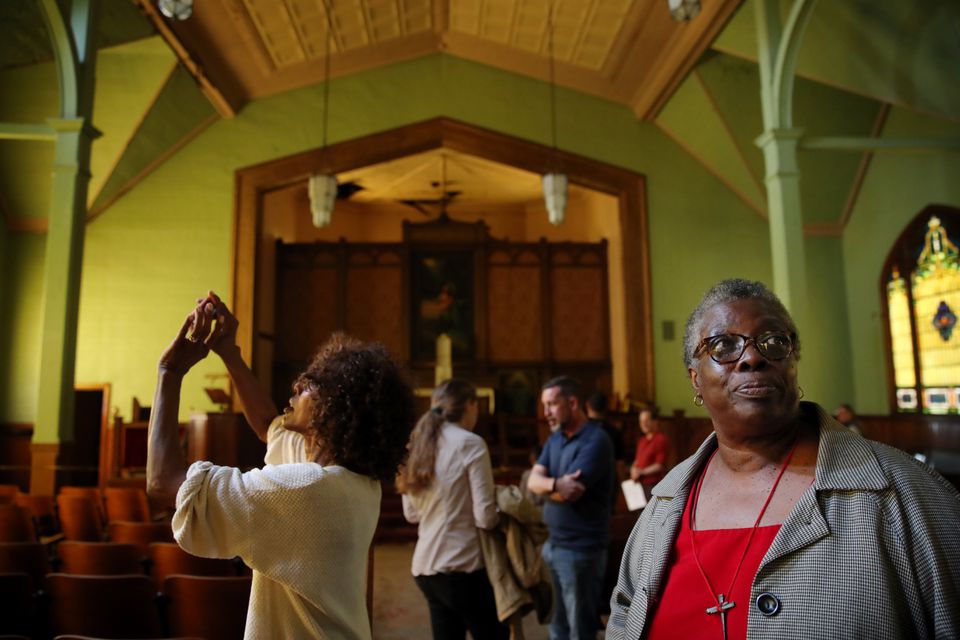 Some who attended had personal connections to the building.

Sisters Dorothy and Alcurtis Clark of Jamaica Plain, who attended the church as children in the 1960s, said they had fond memories of community picnics and holiday events held there.

“I closed my eyes, and I could just go back to that moment,” Alcurtis Clark said. 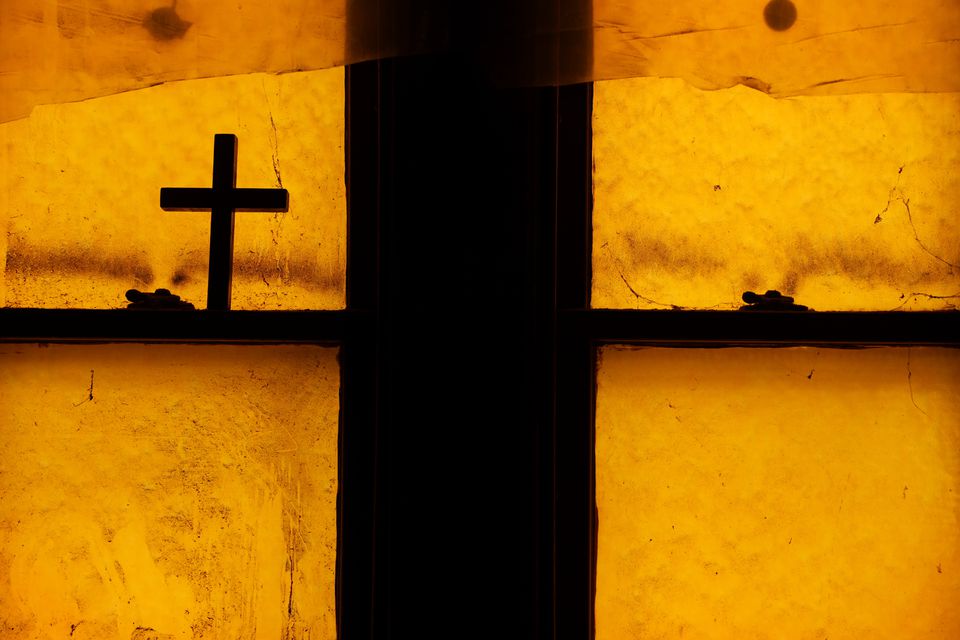 A cross rested on a windowsill during an open house. (CRAIG F. WALKER/GLOBE STAFF)