Crossing a New Threshold in Dorchester

Posted at 14:31h in Blog by HBI Administrator 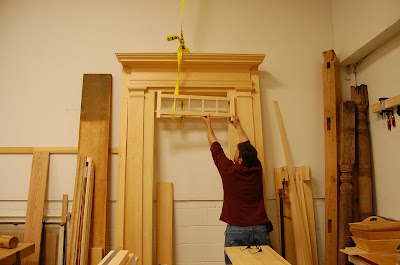 Those who work with old buildings know that they are always full of hidden messages and surprises. But, on a visit to North Bennet Street School?s Arlington campus last month, none of the HBI staff or board members expected to find a new finely-crafted Federal period doorway for the 1804 Anna Clapp Harris Smith House at 65 Pleasant Street in Dorchester.

HBI was there to inspect the Preservation Carpentry program?s restoration work on the windows of the 1859 Eustis Street Fire House ? an HBI project in Roxbury?s Dudley Square ? but were delightfully distracted by the brand new doorway, built from scratch by student Matt Diana. 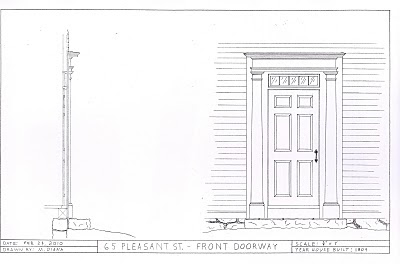 Diana?s work for this long-overlooked house is the inaugural project for Handmade Houses, a new partnership of HBI and North Bennet Street School to provide student training opportunities through preservation of early architecture in Boston. Supported in part by the 1772 Foundation, this program benefits from the combined talents of both organizations: HBI and North Bennet Street acquire interest in at-risk early historic buildings in Boston and redevelop them. North Bennet Street provides the carpentry services and HBI handles the balance of the necessary work.

Through careful explorations at Clapp Harris Smith house (“before” picture below), North Bennet Street students discovered shadows of an earlier doorway: vertically sawn sheathing, the use of wrought nails, and existence of riven (or split, rather than sawn) lath. With their knowledge of the historic building materials and methods, the students were able to date the construction to the early years of the 19th century, the heart of the Federal Period of architecture (1785-1815) and determine dimensions for a new period doorway. Together, HBI and North Bennet Street have decided that work on this house will match that period of time and later 19th and 20th century layers will be removed. 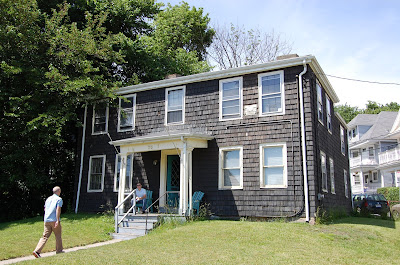 As with any bricks and mortar project, it is always exciting to see a deteriorated house transformed into neighborhood gem. Matt Diana, his fellow students and the talented faculty at North Bennet Street gave us a taste of that change last month. Our collective gasp when we saw this beautifully wrought doorway in the workshop is probably a good indication of the neighborhood?s reaction when it?s installed on the fa?ade of the Anna Clapp Harris Smith House later this summer.