Posted at 13:16h in Blog by HBI Administrator 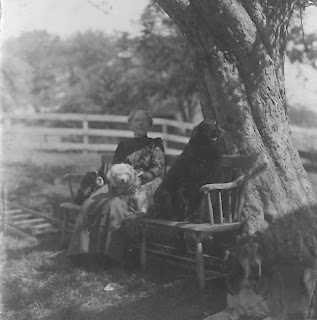 This week we are linking you over to the blog “The Handmade House”, written by Stacey Cordeiro, the owner of the Anna Clapp Harris Smith House in Dorchester. Stacey bought the house after HBI and the North Bennet Street School worked to stabilize it. Her blog documents the work that she is undertaking to renovate her beautiful old Boston home. In this post, Stacey shares the research that she has done on the house’s past owner, Anna Clapp Harris Smith, best known for being the founder of the Animal Rescue League. We hope that you enjoy her post as much as we did, and that you keep checking in on Stacey’s amazing work, at http://thehandmadehouse.wordpress.com/

According to Massachusetts Town & Vital Records 1620-1988, Anna Clapp Harris Smith?s given name was Ann Sarah Harris.  She was born on July 23, 1843, and was known as Anna all her life.  Her brother Samuel was 3 years older than she.  The family lived at 65 Pleasant Street in Dorchester MA, the house which her mother, Anna Larkin Clapp, had inherited from her father, Samuel Clapp.  Anna?s father was the printer William Harris, who moved into his wife?s parents? house with her to start their family.
Read More Here