Posted at 09:23h in Blog by HBI Administrator 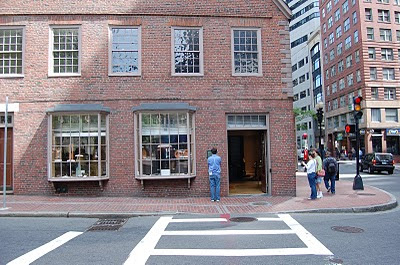 Every cloud has a silver lining. When Historic Boston lost a major tenant from the Old Corner Bookstore retail space a few months ago, we were obviously very disappointed. The money that HBI earns from its properties supports the organization?s operations and projects. HBI is also committed to helping Downtown Crossing thrive in this otherwise lean economy. We?ve taken this less-than-ideal situation and turned into a positive outcome for us, for Downtown Crossing, for a few of our partners. With prospects for a new retail tenant few; HBI opened the Old Corner?s doors to the students of the North Bennet Street School for their annual student exhibit. 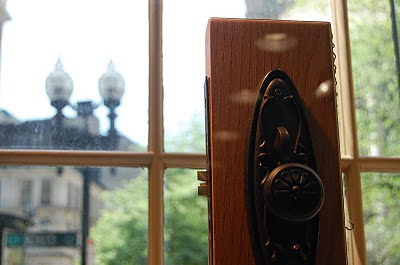 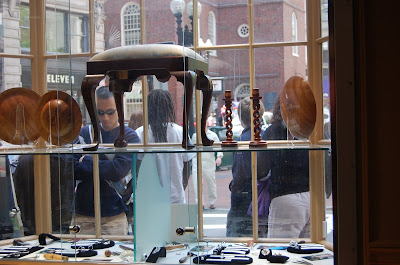 By all accounts the three months that North Bennet Street School has spent here at the Old Corner Bookstore has been a huge success. Students were able to engage with passerby about their work, tourists and downtown workers gained a new knowledge of the school, and Historic Boston activated a very visible retail corner during the busy summer months. 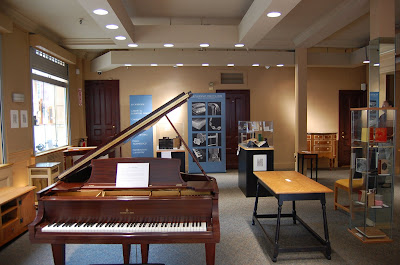 While we say goodbye to the North Bennet Street School Student Exhibit at the end of this month, HBI is happy to report that Historic New England will unveil its traveling exhibit “The Preservation Movement: Then and Now” at the Old Corner Bookstore space this in September as part of that organization?s centennial celebration. That silver lining has been extended, but lest anyone think that lining has generated any real silver, we want to take this opportunity to let it be known: Historic Boston is still actively looking for a new paying tenant for the Old Corner Bookstore retail space! 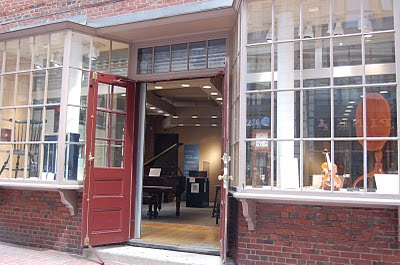