Posted at 19:34h in Blog by HBI Administrator 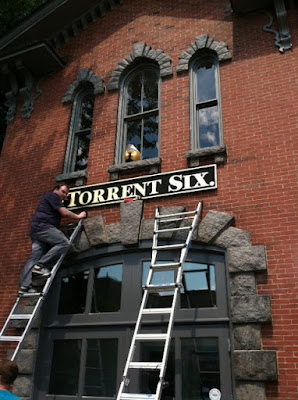 On Monday, August 1st, we packed up HBI?s School Street office of 50 years and moved into the Eustis Street Fire House. All things considered, the move went fairly smoothly, aside from a few problems with our phone and Internet connections.

When we arrived to unpack on Tuesday morning, we were greeted by Bing Broderick of Haley House Bakery Caf? welcoming us to the neighborhood with a delicious plate of muffins. A little later, we received a call from Boston Sign that our reproduction of the original fire house?s ?Torrent Six? sign was ready to install.
As was tradition, the Eustis Street Fire House had been named Torrent Six after its hand-pumper engine, which was built by the Hunneman Company of Roxbury. The company?s founder, William C. Hunneman, had apprenticed under Paul Revere, and in 1802 he began his own business building high quality hand-forged fire engines.
These engines were famous for their power and beauty, according to Stephanie Schorow, author of Boston on Fire. Each machine was numbered and given a name ? many water-related, such as ?Neptune,? ?Deluge,? and ?Niagara.? In all, there were 16 engines named ?Torrent.? The engines were a source of great pride for the fire fighters, and they were often lavishly ornamented with scrollwork, gold leaf, and mottoes such as ?We Come, we Conquer.? Unfortunately, the Hunneman Company was slow to transition to new innovations in firefighting equipment and went out of business in 1883.
The Eustis Street Fire House was built in 1859 at a cost of $2,777.40. Preserving the 152-year-old structure was a far more costly, complicated process, but we are very happy with the results and look forward to a ribbon cutting celebration in the fall. 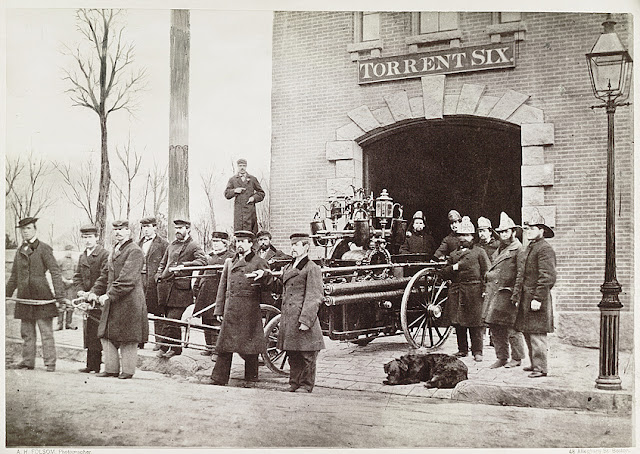