Posted at 12:11h in Blog by HBI Administrator 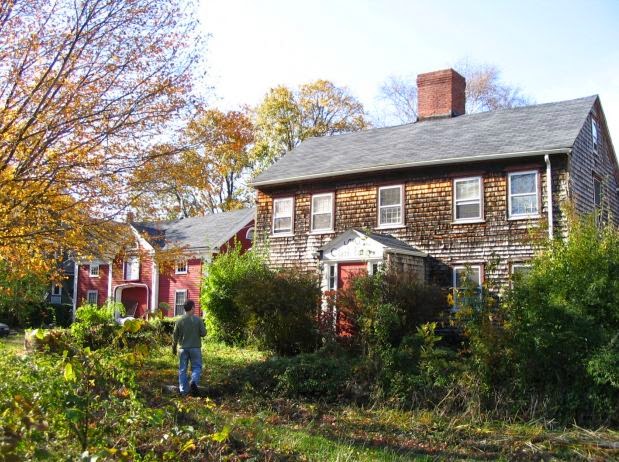 Fowler Clark Farm to be Repositioned for Housing and Urban Farming

HBI has arrived at an agreement with the estate of the late Ida Gertrude Epstein to acquire the 1786 Fowler Clark Farm, a designated Boston landmark in Mattapan. HBI plans to undertake the restoration of the 18th century farmhouse and 1860s carriage barn for residential and urban agricultural use.

Located at the corner of Norfolk and Hosmer Streets, the Fowler-Clark farm dates to the period in which Mattapan was a village of the independent town of Dorchester.  The 30,000 square foot property is a rare surviving rural landscape amidst the densely built multi-family homes that came to dominate 20th century Mattapan. The house was built in 1786 on a 35-acre farm for Samuel Fowler whose descendents sold the property to Mary B. Clark in 1837 as a 12-acre parcel.  The Clark family held the property for more than 100 years and by 1895, when Dorchester had become part of Boston and electric streetcar lines, followed the lead of many Dorchester landowners and subdivided the roughly twelve acre estate into sixty-one house lots. The remaining property?under one acre ? was sold to Jorge and Ida Epstein in 1941. Mrs. Epstein lived in the house until 2009.

Collectively, the house, carriage barn, and half acre of undeveloped land remain among the earliest, intact, vernacular examples of agrarian properties identified in Boston and other urban centers across the Commonwealth.