Posted at 10:13h in Blog by HBI Administrator 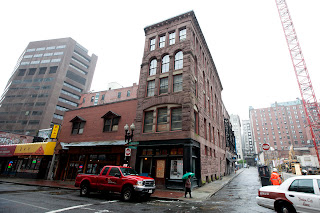 Hayden Building, historic gem of the Combat Zone, to be restored

Eric Moskowitz
June 2, 2012
With the Combat Zone facing demolition in 1970, a graduate student in architectural history set out to survey the neighborhood. Peering above adult bookstores and X-rated cinemas, Cynthia Zaitzevsky admired the forlorn upper stories of several 19th-century buildings, but one stopped her in her tracks.
Read the Article