Posted at 09:15h in Blog by HBI Administrator 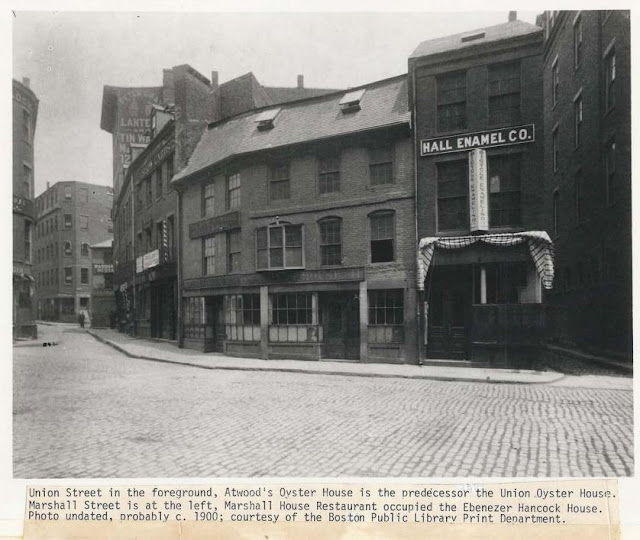 Historic Boston board member, Emily Axelrod, a planner by training and former director of the Rudy Bruner Foundation, has been inquiring about Boston?s Blackstone Block, a hidden gem in downtown Boston between Government Center and the North End. She contributes some thoughts here on the role historic places like these can play in the ever-changing city.
We often think of historic preservation in terms of Boston?s treasure trove of historic buildings located throughout Boston?s neighborhoods. But important historic places can take the form of landscapes and infrastructure, which though often overlooked, can play a key role in the city?s future and sense of place.
The Blackstone Block, one of Boston?s most treasured historic resources, sits at the nexus of both historic and new development activity. A stone?s throw from City Hall, Blackstone faces Union Street and the Holocaust Memorial, houses the Union Oyster House, a well-loved dining destination. On the east it is adjacent to Faneuil Hall and Quincy Marketplace, and on the North it abuts the Parcel 7 garage where the Boston Public Market is about to open on the ground floor. On the East is the historic Haymarket, and the Rose Kennedy Greenway, and between Blackstone and the Greenway is Parcel 9, soon to be designated as a major development site. The Blackstone Block is a Boston Landmark, protected for its intact historic street pattern, not the buildings within it.
The network of narrow alleys and open spaces that run through Blackstone are a rare surviving remnant of 17th century street patterns, and offer a glimpse of the scale and size of colonial Boston.  For contemporary Bostonians, these small streets offer tremendous potential to connect the destination sites that surround the block, and to become attractive, and usable pedestrian spaces in their own right.  With some careful thought, cleanup, lighting, and paving improvements this significant historic resource could be reclaimed as an important public amenity in Boston?s historic downtown.