Posted at 16:29h in Blog by HBI Administrator
As expected, on February 8, 2012, the Boston Zoning Commission adopted a new zoning article for Hyde Park. The long and boisterous community process?which was described in a previous HBI blog post and in Jeremy Fox?s continued excellent reporting for boston.com?surfaced some differences of opinion in the neighborhood about what the character of the neighborhood should be.
One thing that did not seem to be controversial was the intent of the new zoning code to protect Hyde Park?s historic resources through the establishment of several new Neighborhood Design Overlay Districts, which HBI played a role in shaping.
As the following excerpt from Jeremy Fox?s February 8, 2012, boston.com story quoting Boston City Councilor and Hyde Park native Robert Consalvo demonstrates, Hyde Parkers see their neighborhood?s historic buildings as an important asset:
?Consalvo praised the planners and the community for their work and said the new code included ?a lot of important changes? that would protect the neighborhood?s distinctive features, such as the new historic districts.
?I tell people Hyde Park has these huge houses, these great Victorians that were built in the 1800s, and no one believes me until I take them out there,? said Consalvo, a tireless booster for the neighborhood.?
HBI considers itself a Hyde Park booster, too, and we were very happy to have played a role in this important planning process that will help shape Hyde Park?s future. 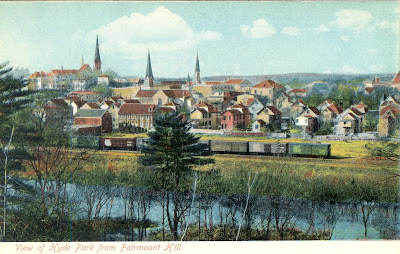