Insight into the life of Nathaniel Bradlee, a resident of the Kittredge House

October 21, 2013 Insight into the life of Nathaniel Bradlee, a resident of the Kittredge House

Posted at 13:27h in Blog by HBI Administrator 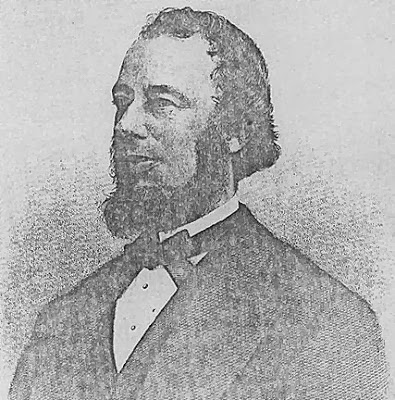 Below is an exerpt from ?In memoriam, Nathaniel Jeremiah Bradlee: born June 1, 1829, died Dec. 17, 1888? which was written in 1888, the year of Mr. Bradlee’s death. It includes a lovely description of the Kittredge House as it was when Bradlee lived there. Besides being an early resident of the Kittredge House (1870-1888), Nathaniel Bradlee was a prominent Boston architect, as well as the president of the Cochituate Water Board. 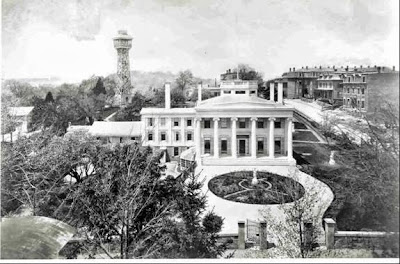 “The home in the early years of married life was on Tremont Street in Boston, adjoining the house of his father, Mr. Samuel Bradlee; but for the last eighteen years it has been in Roxbury in what was known as the Kittredge place, on Highland Street. This is one of the historic spots in Roxbury. On the summit of the rocky terrace where rises now Mr. Bradlee’s observatory, there stood in Revolutionary days the “Lower Fort,” the earliest built by the colonists. With its neighbor, the “Upper Fort,” which crowned the height where the Cochituate stand-pipe now is on Fort Avenue, it commanded Boston Neck and the road to Dedham, and these two strongholds were considered very important strategic points by Lee and Washington. In the early years of the present century, when the sound of the minute-man’s pick and spade had long since ceased on this rocky height, the place lapsed into its former peaceful condition, and was known as “Dr. Porter’s cow-pasture.” As late, however, as 1826, the ramparts had not been injured, and the embrasures were still shown where the cannon had opened fire upon the royal forces. When Deacon Kittredge, in 1836, built his house, he found that the breastwork of the old fort obstructed the light on the west, and it was removed. At present, only slight traces of this ancient fortification are to be seen. 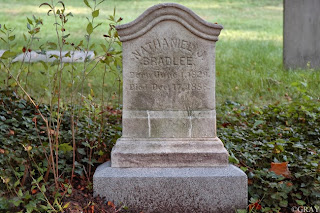 It was this estate which Mr. Bradlee bought in 1870, and by rebuilding, improving, and decorating made it the attractive place it is. Here he delighted to welcome his friends, whether in the informal visit or the larger and more ceremonious gathering. Few homes bore so fully the impress of its master’s thought and taste and care in its interior decoration and furnishing, or its exterior surroundings. Almost every object, painting, vase, bronze, or marble, had for him a special interest or history, and so was a real pleasure to him; and this pleasure he liked to share with friends. Indeed, there never was a selfish keeping to himself or his family of the pleasant things which had fallen to his lot; the flowers, fruit, and vegetables of his well cultivated garden were often distributed, and Thanksgiving and Christmas were made the occasions for a generous remembrance of neighbors and friends.

The happy inspiration occurred to him one summer of a series of open-air concerts in the observatory. This “music in the air,” ninety feet above the audience, was heartily enjoyed, not only by the specially invited guests grouped on the piazza, but by the thousand or more listeners who lived or had gathered in the vicinity, and for whose pleasure it had been quite as much planned.
But nothing, perhaps, better illustrated this kindly spirit of Mr. Bradlee than the wide-open gates, which thus invited visitors, day after day, year after year, into the pleasant grounds, where, as in a public park, little children were free to play, tired invalids to rest, and the passer-by to make it a convenient thoroughfare. A consideration for others, quite as unusual, perhaps, was that which characterized his dealings with those in his employ; and when feeble health or advancing years unfitted them for their former active service, he still took care that their needs were supplied”.