Posted at 11:25h in Blog by HBI Administrator 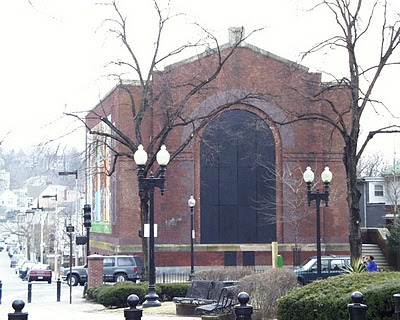 Historic Boston keeps track of at-risk historic buildings in Boston, even if the time isn?t right for their preservation. In 1980, HBI published the first Preservation Revolving Fund Casebook to identify a group of buildings that were both historically significant and threatened by demolition, neglect, or development. While some of those buildings have succumbed to development pressures, happily, many of the buildings that we have identified over the years have been rehabilitated or are in the process of being redeveloped (including the Eustis Street Fire House, which was included in the 1985 Casebook). Regardless of their fate, Historic Boston has been closely watching certain historic buildings for decades, and often gets involved when there is a need. 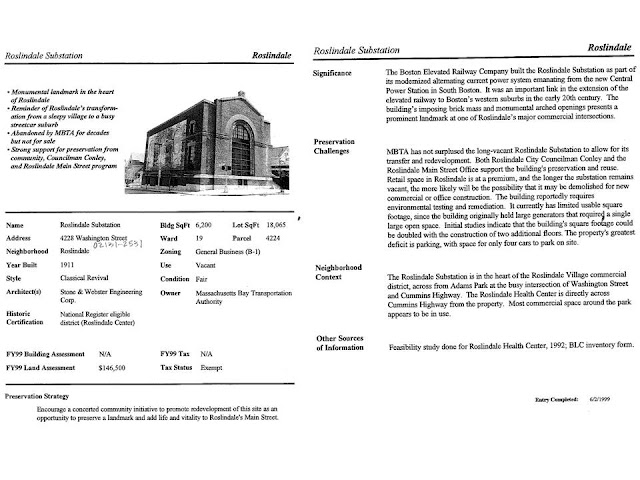 The Roslindale Substation first appeared in Historic Boston?s 1999 Preservation Revolving Fund Casebook. The substation, located in the heart of Roslindale Square, has been vacant for decades. Once owned by the MBTA, the building was purchased by the City in 2001 to encourage redevelopment and support broader economic development in Roslindale Square. In 2002, Historic Boston and Roslindale Village Main Streets put together a study that examined the feasibility of redeveloping the building for a cross-section of commercial uses.

In recent years, the Boston Redevelopment Authority sought proposals from private developers, which resulted in several strong submissions with creative re-use ideas for the substation. The troubled economy, however, changed the credit markets and the viability of these proposals. Recently, the BRA withdrew the last round of RFP submissions because none was financially feasible. 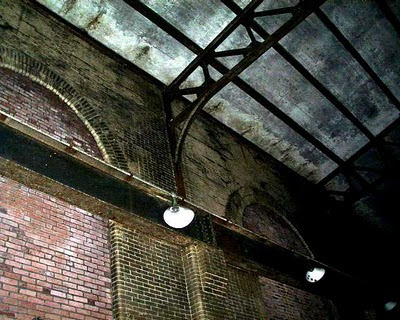 In the months since, the BRA approached Historic Boston and Roslindale Village Main Streets and challenged the two non profits to put together a partnership in which they receive an interim designation from the BRA to develop a feasible plan for the substation. Both organizations are committed to putting together a great project that will preserve the historic Substation building and provide uses that will serve the vibrant Roslindale community. As non-profit organizations, they have access to resources unavailable to private developers and don?t require the same fee structure that many for-profit developers need in order to complete small but complicated projects like the substation. 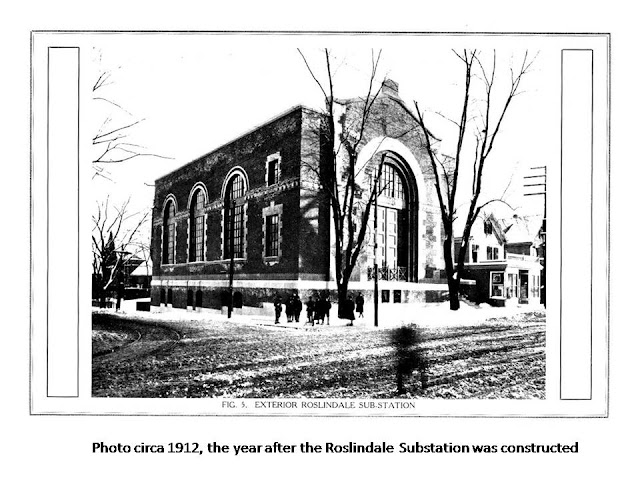