Posted at 09:50h in Blog by HBI Administrator 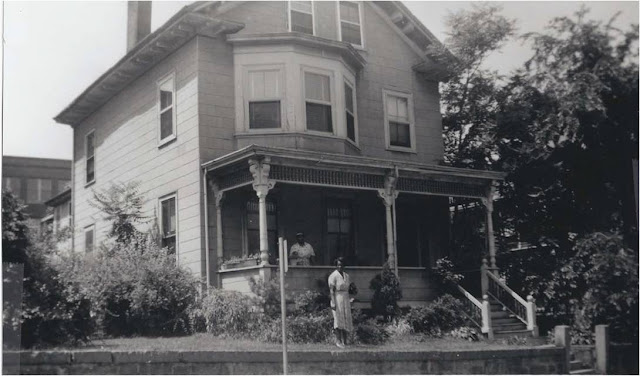 HBI has begun working with Rodnell Collins, the nephew of Malcolm Little — known to most as Malcolm X — about the house in Roxbury that Rodnell grew up in but which Malcolm X would have stayed in for long periods of time in his youth.  In fact, this Boston Landmark is the only extant residence of Malcolm X from his developmental years before he converted to Islam and joined the Nation of Islam.
The rest is history. 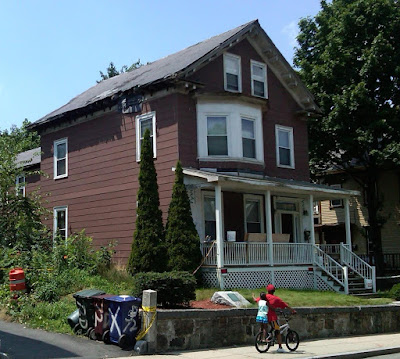 The house, which is challenged by deterioration after being empty for nearly two decades, is an important reminder of a man whose unique imprint on the American Civil Rights movement was shaped by many experiences and relationships, not least of which was the close ties with his sister Ella Little Collins.  She owned and lived in this house at 72 Dale Street, and she nurtured the young Malcolm from his adolescence through to his leadership role in the Nation of Islam and further toward orthodox Islam.
She hosted Malcolm through his peripatetic days in Boston, up and down the east coast as a Pullman porter and through his not?so-legitimate activity that ultimately led him to jail.  Rodnell has given us a reading list that is helping us learn a lot of the important contributions of Malcolm X to this country, but we have been most impressed with the Boston Landmarks Commission?s study report (also informed by Rodnell?s memories) that led to the designation of the house in 1997:
http://www.cityofboston.gov/Images_Documents/Malcolm%20X%20-%20Ella%20Little-Collins%20House%20Study%20Report_tcm3-23718.pdf.
In it you?ll learn about Malcolm X, his time in Roxbury in the 1940s and 50s, and about Mrs. Collins, a strong personality who worked in real estate and whose house in Roxbury is an important reminder of a time when Roxbury was changing and this section was coming to be known as Sugar Hill.
Today, the house is the subject of much concern because of its condition.  HBI is helping Rodnell envision a project that will help his family determine how to preserve and protect the place, but also put it back in use as a fully-functioning building of which the neighborhood and the city can be proud.  To the Collins family?s credit, there is no interest in making this building a museum; rather, there?s a keen interest in preserving the building for current uses in a way that would pay tribute to Malcolm X?s legacy and underscore the rich history of Boston?s African American community in 20th century Boston.
So, what are the options?  We are looking at a rehabilitation project that will activate the house as a residence for graduate students who are interested in social justice, religious freedom, civil rights or African American history.  The hope is that we can find a college or university that will wish to support the legacy of Malcolm X, the history of Boston and these connections to education and advanced thinking, and sponsor the house as a residence for graduate level scholars. The work on the house is estimated to cost about $500,000.  We know there will be some interest in the philanthropic community toward this preservation project, but as with all HBI projects, we want to know that there is a sustainable, well-managed use for the property in the end that will help maintain it and keep it a proud part of the Roxbury neighborhood.