Moving forward through the past

August 11, 2010 Moving forward through the past

Posted at 12:04h in Blog by HBI Administrator 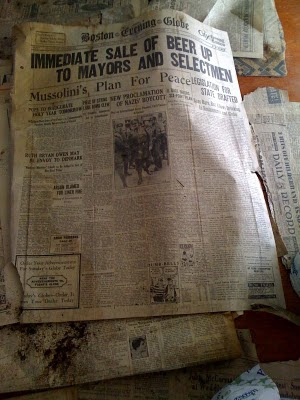 Stories of old houses often talk about hidden treasures; whether it?s gold buried in the backyard or money hidden in the stairs during the Great Depression. Most ?treasures? found in old houses are not nearly so glamorous. Many times a prior owner has simply lost an item. When she was eight, my wife found a gold and amethyst broach while walking through a plowed field at her family?s farm; a lost piece of family history, perhaps? Sometimes it?s everyday objects that have no value, but now connect us to the past, such as finding someone?s family photo that was slipped into a wall. Discovering these objects seem to erase time, connecting us with the past. Finding everyday objects of former residents extends their life to the present and allows us to imagine living in the past.

History Improved was contacted by Steven O’Shaughnessy, head of the Preservation Carpentry department at North Bennet Street School and our former instructor, to help remove selected parts of the house at 65 Pleasant Street. Soon after, we met with Mike Tilford, Lisa Lewis, both of HBI, John Wathne of Structures North and others to discuss the project. 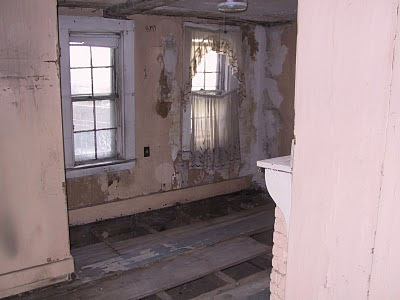 Sensitive demolition began on July 26th and took four days. Areas that were identified by Structures North were removed to expose timber joinery and areas of concern.

Approximately 400 square feet of plaster and drywall were taken out as well as flooring in one of the first floor kitchens. Older rived lath was found in the main body of the house and sawn lath, which was used later, was exposed in the rear areas helping to date the different areas of the house. Previous repairs to the timber sill were uncovered and were revealed to be poorly installed causing them to fail. These repairs probably began failing soon after they were installed and will need to be replaced during this restoration.

Very few ?artifacts? were uncovered during the sensitive demolition. A pottery bowl and some clothing from the French Connection (likely from the 1990s) were found in the crawl space in the rear kitchen, but the real treasure was found in the form of newspapers used as rosin paper under the multiple layers of linoleum. Dating back to the early thirties, the papers were inserted in between the layers of linoleum in the first floor rear kitchen. Many were found in surprisingly good shape considering that they were used as a kitchen floor where we would have expected water damage. One of the headlines refers to ?Mussolini?s Plan for Peace in Europe? and another discusses resuming alcohol sales in Boston after the end of prohibition. 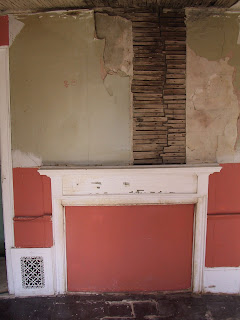 The feeling of working in a house that has passed through so much of history really gives us pause. We are able to recognize that we are not here to simply make a dollar or to have our company name attached to another project. History Improved is another group of craftsmen in a long line that are helping this house to exist. We feel that we are stretching back into time to shake the hands of those who came before us and to make sure that important places like this remain so that other craftsmen can feel that same connection.