Posted at 16:53h in Blog by HBI Administrator 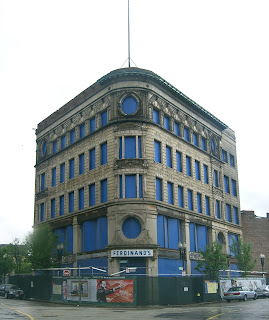 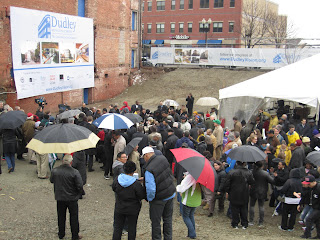 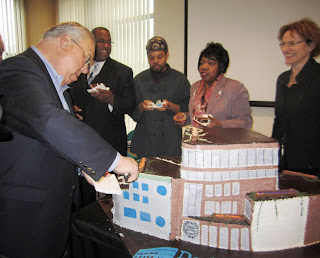 Friends of Dudley Square had every reason to be joyful at the March 3rd groundbreaking for the new municipal complex at the historic Ferdinands Blue Store.  The Menino administration has delivered a real, fully conceived project that takes up the better part of a city block, restores historic structures, and builds in smart public access and retail opportunities.  The project also brings along several hundred Boston School Department employees who will expand the vitality of the business district.   It?s no wonder that nearly 400 people gathered Saturday as the Mayor and Roxbury?s public officials sunk their ceremonial shovels into the soon-to-be excavated site.

This was also a great day for Boston because it acknowledges Dudley Square as an important commercial hub at the physical heart of the city.  Long overlooked and economically strapped, the abandoned Ferdinand site has been a physical barrier to development and sad reminder of urban disinvestment.   This new complex stands to be one of the best comeback stories for Boston neighborhoods and a harbinger of much more to come.  It also demonstrates the power of vision and leadership, neither of which are simple achievements.
After the ceremonies Saturday, Mayor Menino took great pleasure in cutting and distributing slices from an enormous chocolate cake shaped like the new building.  Simple pleasures after a lot of heavy lifting.