On the Value of Patience

Posted at 12:54h in Blog by HBI Administrator 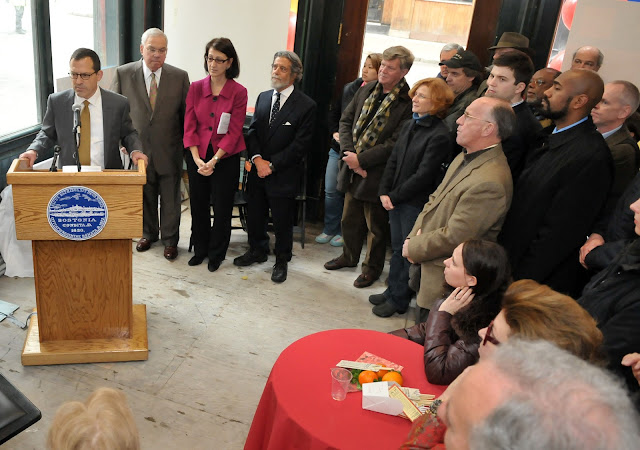 Our guest blogger today is Matthew Kiefer, HBI’s Board President, who discusses his and HBI’s early involvement with the Hayden Building.

At the end of February, Historic Boston re-dedicated the Hayden Building in Chinatown, an occasion marked by writhing lion dancers, excellent food, general pageantry and many, many smiling faces.  And why not smile? This was a milestone in our 20-year journey to make this very significant but very challenging HH Richardson building sing again. 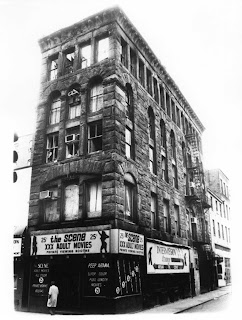 Sometimes the difference between foolishness and farsightedness is patience.  In 1993, HBI did something foolish: we bought the Hayden Building, then a fire-damaged wreck, without a viable re-use plan.  Talk about a fire sale!  This is not how a prudent non-profit redeveloper of historic buildings should behave, and we’ve never done it before or since. Designed by Boston’s 19th century starchitect for his wife’s family in 1875, the narrow five-story brownstone building had sunk into obscurity a century later, in the Combat Zone’s heyday. It was rediscovered to be Richardson’s work by an architectural historian who spotted it as a prototype for the larger, more famous (and long since demolished) Marshall Field Wholesale Store in Chicago. 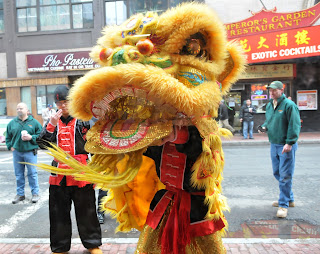 Shortly after the building’s rediscovery, special legislation created the Boston Landmarks Commission, and I was lucky to be among its first junior staffers. Under the leadership of Executive Director Marcia Myers and Chair Polly Harrell (both long-time HBI Board members,) the Commission was eager to protect the city’s most important buildings. My job was to produce study reports for buildings proposed for Landmark status, and the Hayden Building was one of my first assignments. I dutifully researched, photographed and described it in my draft report as having an adult use (to wit, a peep show parlor) on the ground floor and as being vacant above the first floor.  A slightly older and much wiser staff member quietly corrected the last part of the sentence; he apparently knew firsthand that a very discreet bathhouse occupied the upper floors. 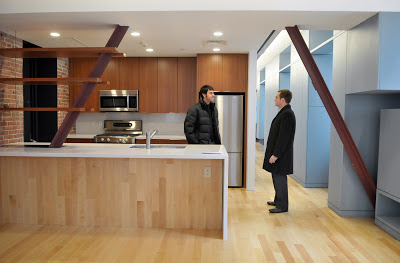 The building was duly Landmarked. In the 1980s, it was bought by a developer to retire the adult entertainment uses so they didn’t blight its proposed project nearby.  The developer emptied the building, the development proposal foundered, and soon the building did too. So when the building, gutted by fire and in danger of collapse, became available, HBI stepped up to buy it, along with a two-story non-historic building next door known as the Intermission Lounge. 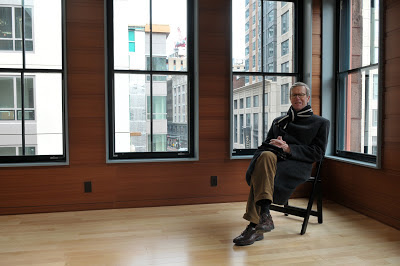 Stanley Smith, then HBI’s Executive Director, found Stanley Chu, an enterprising New York restaurateur. The two Stanleys transformed the Intermission Lounge space into Penang, the city’s first Malaysian restaurant–still serving delectable pad thai there today. HBI meticulously restored the exterior of the Hayden Building, rented the ground floor to a bank, and waited.  With no elevator, floor plates too pinched for commercial uses, and no residential market, we had little choice. 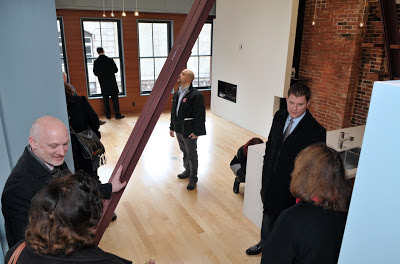 Several factors eased our patience.  Income from Penang and the bank paid our ownership costs.  Henry Moss, a very clever preservation architect who remains on our board today, devised structural bracing to make sure the upper floors could safely be mothballed. And we were waiting during the mayoralty of Thomas M. Menino, whose steadfast efforts to improve our city were manifesting themselves all around us.
Two years ago, our board treasurer Tod McGrath suggested the time had come to revisit our patience.  In a rising market, we sold the Penang Building to Kensington Investments and used the proceeds to fund the retrofit of the upper floors for four floor-through apartments. Designed by Cube design + research, the units are distinctive, with flexible layouts, inventive finishes and incomparable texture.
Kensington will rent the ground floor for a marketing center for its apartment tower across the street, giving us time to find a long-term commercial tenant. Soon, the Hayden Building will be fully occupied, returning a historic building to active use, enlivening Chinatown and providing income to fund HBI’s preservation investments elsewhere.
We’ve been receiving accolades since the dedication, and its tempting to pat ourselves on the back for our prescience. We have many people to thank for our success at Hayden–public officials, starting with the Mayor, who we’ve taken to calling our champion-in-chief; donors to our TrilogyFund, starting with Ron Druker, our co-chair and lead donor, and including our Pediment-level donors the Leventhal Family, the Lewis Family, the Hostetters and the Curtis family; Cube design + research, Marc Truant & Associatescontractors, Eastern Bank, and our Chinatown neighbors; an engaged board and dedicated staff led by Kathy Kottaridis and project manager Lisa Lewis; and many dedicated board and staff members who came before us and set the table for what we did last week, starting with Paul McDonough, my predecessor as board chair.
All of these people deserve our gratitude.  But let’s not forget the role of patience. HBI believes that finding new uses for old places strengthens neighborhoods, improves our city and enriches our civic life. We measure our social returns above our financial ones, so we can be patient when the circumstances require it, and it’s gratifying to us that our patience has been rewarded at long last.