Posted at 15:02h in Blog by HBI Administrator 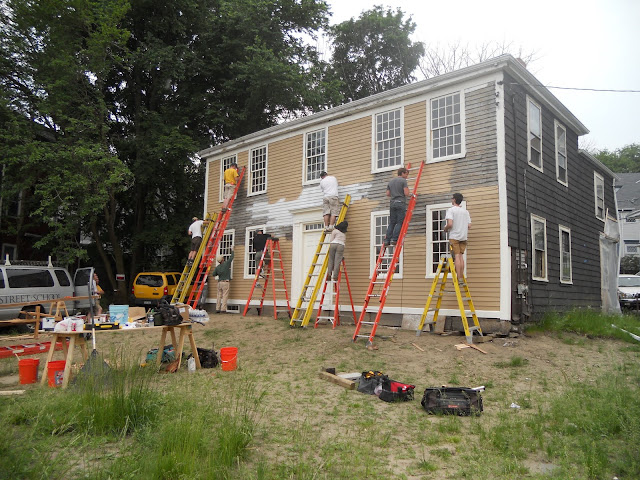 With rain in the forecast, more than a dozen students hurried to finish painting old and newly installed clapboards on the Anna Clapp Harris Smith house, a Federal period home thought to be built on an earlier 17th century foundation at 65 Pleasant Street in Dorchester. 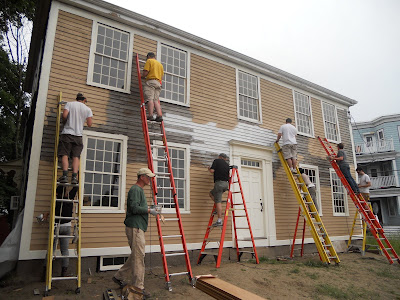 The students from the North Bennet Street School and Historic Boston marked completion of the project with a picnic for participants and supporters in the side yard of the stately, restored building.
The house is much closer to its original appearance as windows have been replaced with handmade sashes ? 12 panes over 12 panes ? like those shown in a 100-year-old photograph. On a rear portion of the house, which perhaps predates even the main 1804 structure, actual original windows were restored with handmade wood muntons.

?The students did hand-planing and used hand tools,? said Steven O?Shaughnessy, department head for preservation carpentry at the school. ?We teach the same methods that would have built this house.?
The Clapp House project is expected to be completed in 2012 and is intended not only to restore an important historic building but also to provide one and possibly two new residences to the neighborhood. Historic Boston is now looking for a buyer. Seller financing is available. 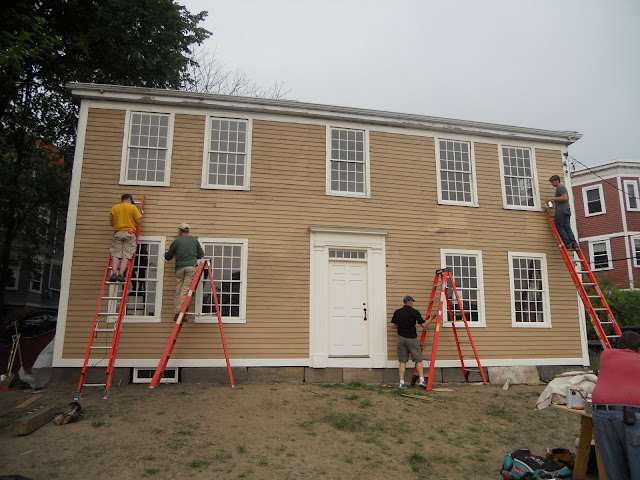