Posted at 16:29h in Blog by HBI Administrator 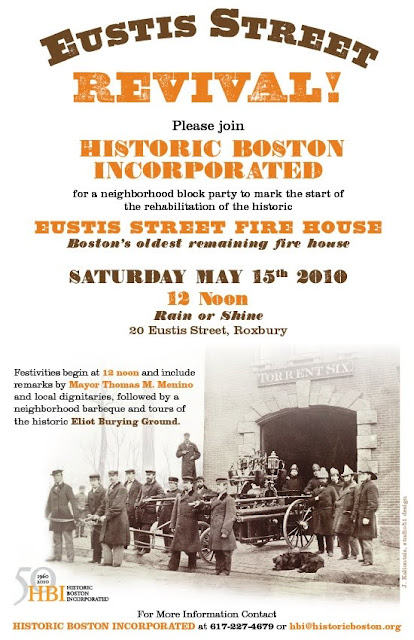 HBI?s paper and electronic files for the Eustis Street Fire House are thick with 31 years of efforts to save the building: a 1981 Boston Landmarks Commission study report that placed the fire house in the Eustis Architectural Conservation District; the 1979 HBI Casebook calling the Fire House one the most threatened places in the city; a 1991 letter that pleads with the City?s Public Facilities Department (PFD) to remove a half-fallen ell so as not to destabilize the whole building; a 1992 proposal to PFD from HBI with elaborate architectural drawings to restore the building with three housing units and a retail space that was never acted upon; and there?s a whole set of engineering specs and drawings from HBI to PFD for a wooden bracing system meant to arrest the building?s precarious lean toward the Eliot Burying Ground which, this time, was acted upon by the City (click on slideshow below for letters, casebook entries, old photographs, and more).

No matter. In the world of historic preservation, patience is a virtue. In their incremental ways, these efforts ? along with many others from Roxbury?s concerned neighbors and friends ? are culminating with victory. We launch the rehabilitation of the Eustis Street Fire House on Saturday, May 15th at noon.

And we?re havin? a party! We?re closing Eustis Street, serving up some dogs, and honoring the very-patient friends of the Fire House: neighbors, Roxbury historians, preservation advocates, architects, engineers, the City, the State, donors and friends. 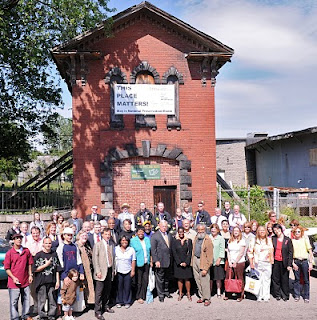 If there?s anything that exceeds the number of HBI files on the Eustis Street Fire House, it?s the number of people concerned about this little building. In some respects, that is why HBI is moving its headquarters to the Fire House in November. There are many important historic buildings around Boston?s neighborhoods that need attention and re-activation, and each time HBI gets involved with one, we discover more than bricks and mortar; we find whole new groups of people who care about them and recognize the richness that they bring to neighborhood spirit and sense of place.

And with that spirit, HBI looks to the future. The Eustis Street Fire House becomes our headquarters in November. We look forward to putting all those old files into storage to make room for new preservation projects in Boston?s neighborhoods. We hope you?ll join us.