Remembering the Spanish American War in Roxbury. Do You?

August 25, 2010 Remembering the Spanish American War in Roxbury. Do You?

Posted at 13:36h in Blog by HBI Administrator 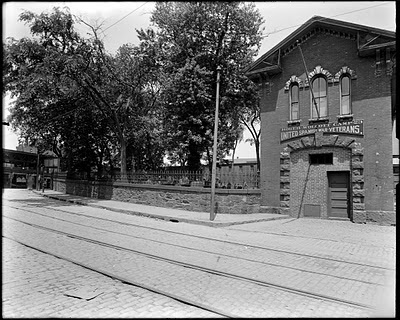 As firefighting technology advanced quickly in the last decades of the 19th century, fire houses built to house handheld equipment were modified with stables to accommodate horse-pulled trucks. However, as bigger and more automated equipment came into use, the tiny fire houses of an earlier era could not house the new machines. New, larger fire stations were built and the smaller fire houses were left vacant or reused. In 1916, Ladder 4 in Roxbury moved to the new station on Dudley Street. It was at this time that the City leased the Eustis Street Fire House to a Spanish American War Veteran post. 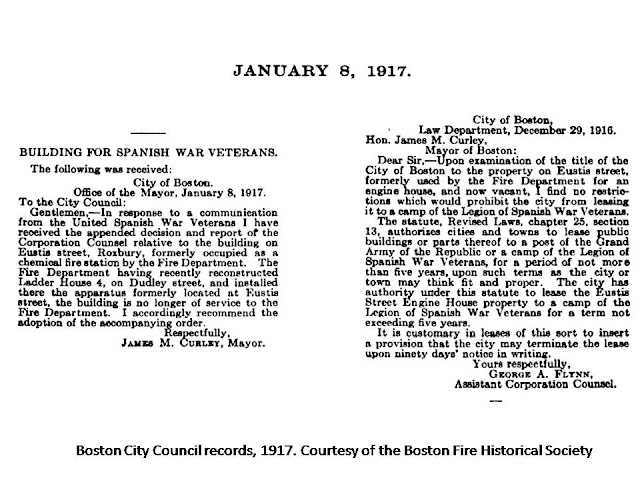 The Spanish American War, for those of you whose knowledge of late 19th century Imperial war history has faded a bit, was a fairly short war fought between Spain and a coalition of Americans and Cubans in 1898. The Cubans sought independence from Spain, while the United States wanted to rid the Caribbean of European influence. The conflict was largely resolved until the ship USS Maine (?Remember the Maine!?) suspiciously exploded in Havana?s harbor in March of 1898, killing 266 American soldiers. Shortly thereafter, the United States declared war on Spain and fighting began in Cuba, lasting through the summer months.

The American and Cuban forces defeated Spain within a few short months. The US gained control over Puerto Rico, Guam and the Philippines, and American forces realized their first united victory since the Civil War. Most of all, the Spanish American war further weakened Spanish colonial control in the Western Hemisphere and marked the beginning of the United States as a strong international power.

Though the war was short lived and number of soldiers relatively few, the US soldiers experienced grueling conditions in Cuba. The hot, tropical weather made fighting difficult for northern soldiers and the spread of Yellow Fever brought down whole regiments, affecting nearly 75% of U.S. troops. When the soldiers returned home, they quickly organized into veterans groups, forming several associations. In Massachusetts, these lodges were tightly bound groups of veterans who met frequently to socialize and support one another. 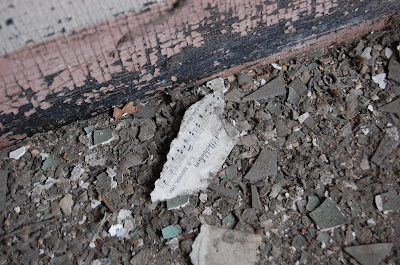 While not much is known about this era of the Eustis Street Fire House?s history, we speculate that the veterans did some work to the interior of the building to make it feel more like a club house and less like a fire house. Upon exploring the spaces on the second floor, we discovered some remnants of club papers and sheet music (Christmas songs!), that may have been used during social gatherings at the Veteran?s post.

The Spanish American War veterans used the fire house as their headquarters for many years. While we don?t have specific documentation to tell us when they stopped using the space, we believe that as the group aged, the fire house was used less and less. It was probably last used as a veteran?s post in the 1950s. As we continue to learn more about the fire house and those who have inhabited it in the past, we will be certain to share their stories here. If you have any information, please share in the comment section below!