Reviving A Place in Charlestown?s Rich History; The story of Samuel Dexter and how his house became the Abraham Lincoln Post 11

January 3, 2015 Reviving A Place in Charlestown?s Rich History; The story of Samuel Dexter and how his house became the Abraham Lincoln Post 11

Posted at 08:57h in Blog by HBI Administrator 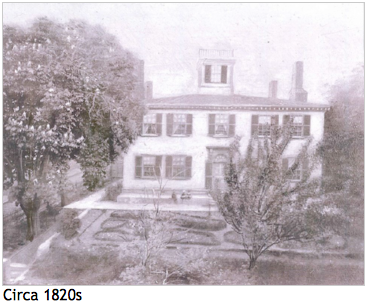 Driving along Green Street between Main and High Streets in Charlestown, MA you might just miss an important piece of Massachusetts, United States, and Civil War history if you don?t know what you?re looking for. Quietly and unassumingly tucked between the back of the High Pharmacy building and First Church in Charlestown is the Samuel Dexter House and remnants of the Dexter Estate which used to extend the entire length of Green Street from High to Main Streets.
Staff at HBI recently toured the property to consider how HBI might assist in developing alternative programming space for the building to serve veterans and their families as well as provide the next level of preservation work on the property.
The Dexter House is a late Georgian-Federal period mansion built by Mr. Dexter around 1791 and later modified by a member of the Grand Army of the Republic (GAR) with a Mansard type roof to form the high ceilinged Memorial Hall on the second floor. 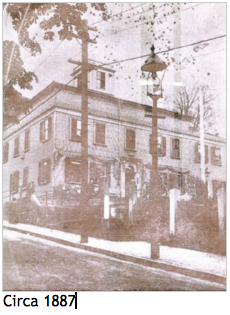 Born in Boston in 1761, Mr. Dexter graduated Harvard University in 1781 and went on to study law under Levi Lincoln, who later became the Attorney General of the United States. He moved to Charlestown in 1788 and served in the State House of Representatives from 1788 to 1790. He went on to serve in the U.S. House of Representatives from 1793 to 1795 and in December 1799, he wrote the memorial eulogy to George Washington upon the first president’s death. From 1799 to 1800 he served in the U.S. Senate after which, President John Adams appointed him to his Presidential Cabinet as Secretary of War and then, after the resignation of Oliver Wolcott, Jr., appointed him interim Secretary of the Treasury.

Mr. Dexter returned to Boston in 1805 and resumed the practice of law. He left the Federalist Party and joined with the Republican views on theWar of 1812. He was an unsuccessful candidate for Governor of Massachusettsin 1814, 1815 and 1816 and an ardent supporter of the temperance movementpresiding over its first formal organization in Massachusetts.
Secretary Dexter died on May 4, 1816 shortly before his 55th birthday and is buried in Mount Auburn Cemetery in Cambridge, Massachusetts.
The property was sold by Dexter in 1800 to Giles Alexander who lived there until 1814 at which time it was sold to Mathew Bridge who died before ever moving in. His son Nathan Bridge, a highly regarded horticulturist who turned the grounds into one of the most beautiful in the area, lived there until 1830. The Estate was then sold at auction in 1831 to Hamilton Davidson, a wealthy grain merchant who had a grist mill at the Roxbury Neck and a shop on Long Wharf. It was during Mr. Davidson?s ownership that parts of the estate were sold off to create parcels for the Dexter Row block, the Winthrop Church, and lots along High Street. Mr. Davidson sold the house to his son-in-law Rhodes Lockwood who in turn sold it to his son.
In 1887, after the Civil War, the local chapter of the Grand Army of the Republic (GAR) purchased the house and remaining grounds from the Lockwood family to become the new home for Abraham Lincoln Post 11. In April of 1888, the membership assembled in front of 102 Warren Street and marched to their new home on Green Street. Boston mayor Hugh O?Brien spoke at the dedication, saying ?he knew of no body of men to whom the country should be so grateful as the Grand Army of the Republic, for by those who composed its membership, the Union was preserved?.
Still active to this day, but with members of veterans from more recent American wars, the membership of the Abraham Lincoln Post 11, GAR continues to steward the maintenance and preservation of the Samuel Dexter House, now Abraham Lincoln Post 11, GAR and Memorial Hall, as a cherished part of Charleston, Boston, and United States history.
Information for this post was obtained from the membership of the Abraham Lincoln Post 11. For more information about the building and grounds as well as events of the organization, please visit the following:
http://www.abrahamlincolnpost11.com/
https://www.facebook.com/pages/Abraham-Lincoln-Post-11-GAR-Memorial-Hall/210698799000836