Posted at 14:32h in Blog by HBI Administrator 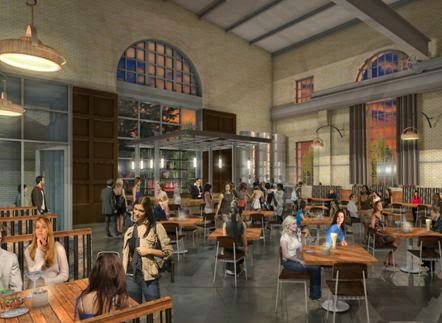 On Saturday September 6th at 11:00 a.m. Mayor Martin J. Walsh will join HBI, Roslindale Village Main Street and project developer, Peregrine Group LLC for a public groundbreaking for Parkside on Adams, the new development in Roslindale that includes 43 new residential units, anchored by the restoration of the 1911 Roslindale Substation. 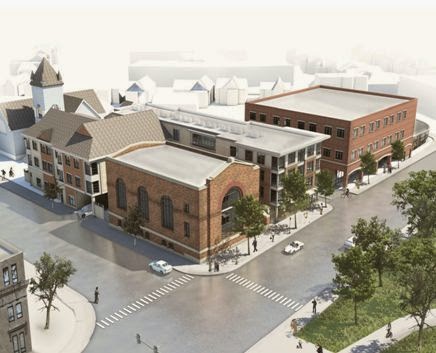 When built in 1911 the Roslindale Substation functioned as part of the Boston Elevated Railway Company’s then-revolutionary alternating electric current power system.  Designed by Robert S. Peabody of the Boston architectural firm of Peabody and Stearns, and built by the Stone and Webster Engineering Corporation, the Substation converted alternating electric current (AC) transmitted from a new South Boston Power Station via underground cables into direct current (DC) for use by local trolley cars.  Placement of a substation in Roslindale Square in 1911 reflects the area’s growth as an urban neighborhood after annexation by the City of Boston in 1873.   Electric trolleys expanded to Roslindale in the 1890s, and construction of elevated railway stations at Dudley Square in 1901 and Forest Hills in 1906 only made this neighborhood more accessible to thicker settlement.

The Roslindale Substation, vacant since 1971, will become a destination restaurant by Chris Douglas of the Ashmont Grille and Tavolo in Dorchester.  The combined residential and commercial project, estimated to represent a $17 million investment, will transform the eastern edge of Roslindale Village.  HBI and Roslindale Village Main Street were designated by the Boston Redevelopment Authority in 2011 to examine feasible re-use scenarios for the former MBTA building.  The two non-profits pursued several re-use scenarios but the Higgins family?s decision to sell its funeral home and related land next door, changed their planning.  Roslindale Village Main Street and HBI pursued development partners to take on both the new construction and historic rehabilitation of the Substation and identified Rhode Island-based Peregrine Group.

We hope you?ll join us on Saturday September 6th at 11 a.m. at 4236 Washington Street in Roslindale for a long-awaited celebration of renewal for the Substation and the Roslindale community