Posted at 12:55h in Blog by HBI Administrator 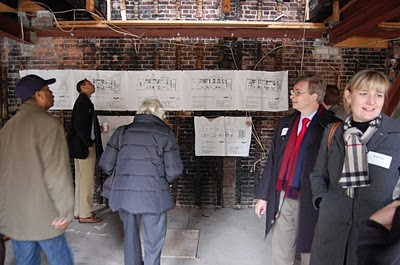 As a non-profit real estate development organization, one of the most engaging ways to tell the story of Historic Boston Inc is to gather people together and simply show them projects that are underway. Last week, HBI did just that by inviting about 45 friends and partners to visit five preservation projects underway in Boston?s neighborhoods.

The tour kicked off in Chinatown at the Hayden Building (1875). There, tour participants heard about plans to redevelop the building and were able to explore the upper stories of the Boston Landmark, which is H.H. Richardson?s only remaining commercial building in the city. 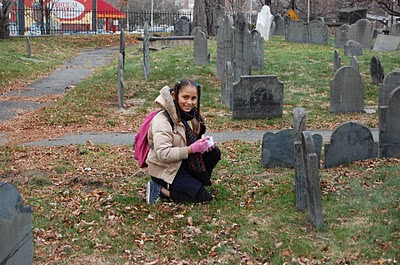 Next, the group traveled to Dudley Square, where they visited the project site of HBI?s future headquarters, the Eustis Street Fire House (1859) and the adjacent Eliot Burying Ground (1630s). While taking a look at the rear of the Fire House from the burying ground, the group heard about the efforts to conduct a comprehensive archaeological survey of the historically sensitive site. With the gate open to the Burying Ground, some curious kids from the neighborhood also came in to investigate the ancient gravestones. Upon their move to the Fire House this spring, Historic Boston hopes to become a helpful steward of the burying ground, and allow for it to be open more frequently. 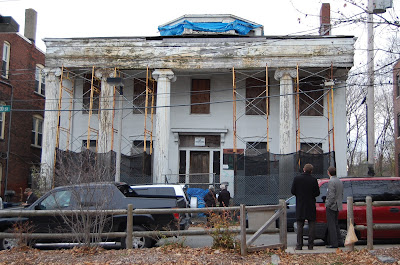 After the Eustis Street Fire House, the group rode up the hill to visit the Alvah Kittredge House in Highland Park, where the group fell silent upon seeing its current condition. The group was able to look across the square towards the Alvah Kittredge Park Rowhouses, an HBI supported project in the early 2000s. The bus also took us by the Spooner Lambert House (1782), an HBI project that restored the house to its original grandeur, and provided much-needed home ownership opportunities in the neighborhood. 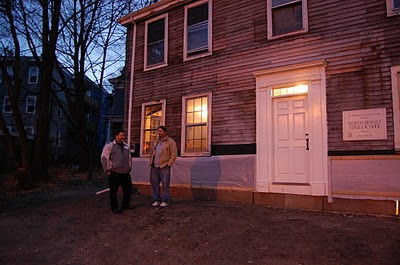 Next, the group traveled through Upham?s Corner, where we learned about the Commercial Casebook project, and onto the Anna Clapp Harris Smith House on Pleasant Street. There, the group learned about the Handmade Houses program, and HBI?s partnership with North Bennet Street School. The participants were able to tour the 1804 Federal period house and heard directly from the preservation carpentry students about the work that has been done so far.

To round out the project tour, the group visited Fields Corner, where they learned about the Historic Neighborhood Centers program, and about HBI?s current project at the Golden Building. There, the group also took advantage of Fields Corner?s fantastic Vietnamese food and gathered at the newly relocated Pho Hoa restaurant to further discuss HBI?s growing pipeline of projects. 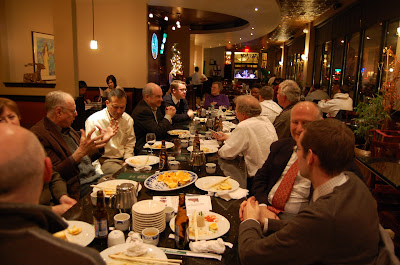 We thank our colleagues, partners and friends for taking time out of their busy schedules to travel through Boston?s neighborhoods to tour our current projects. We couldn?t do it without you!