Stuff-We-Find-in-Historic-Buildings #2: On Preservation and Pornography at the Hayden Building

April 7, 2011 Stuff-We-Find-in-Historic-Buildings #2: On Preservation and Pornography at the Hayden Building

Posted at 13:53h in Blog by HBI Administrator
This is the second in an occasional series that chronicles HBI?s growing collection of found items in the historic buildings where we work. We launched this series in February with a focus on the Roxbury Action Program?s years at the historic Alvah Kittredge House. This post looks at Chinatown?s Hayden Building. 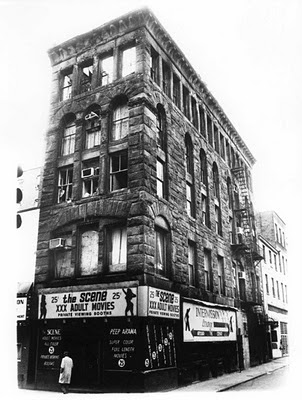 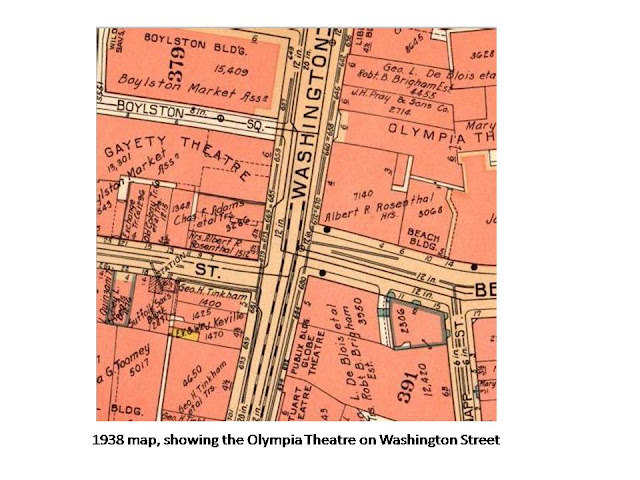 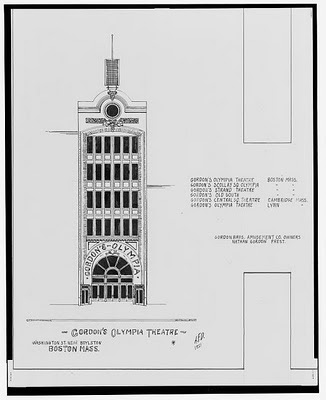 We?ll let Stanley describe how he came by the reels in his own words:
?The first tenant we had for the Hayden Building was the contractor who tore down the building cattycorner across the street from the Hayden Building.  That building housed an elegant vaudeville/burlesque theater.  By the time I knew the theater it had become a porn cinema.  At some point I was given a tour of several Washington Street theater buildings.  By the time I took the tour, films were no longer being used: instead they used videos projected from a table in the orchestra section of the multi-tiered theater.
The demolition contractor?s office occupied the ground floor of the Hayden Building.  There was no plumbing, so they put a porta-potty in the rear.  When the contractor?s work finished, they cleaned up their space nicely and left us the 16 millimeter films they had found in the former vaudeville house.?
With titles like ?Meter Maids? HBI?s collection has more than 30 titles that mostly date to the 1970s.   In the next few months we will be looking for a new home for these reels, and hope to find an institution that sees the value in preserving this type of film history or pieces related to a section of downtown Boston that is only a shadow of its former self. If you know of any such museum or group, please leave us a note in the comments below.
During those years, the Hayden Building had a peep show parlor called ?The Scene? on the first floor (seen in the image of the Hayden Building above) and a gay bathhouse called the Club Baths in the upper stories.  While not much remains from that era, HBI staff did save a sign written on the back of an envelope and taped to the wall from that time. 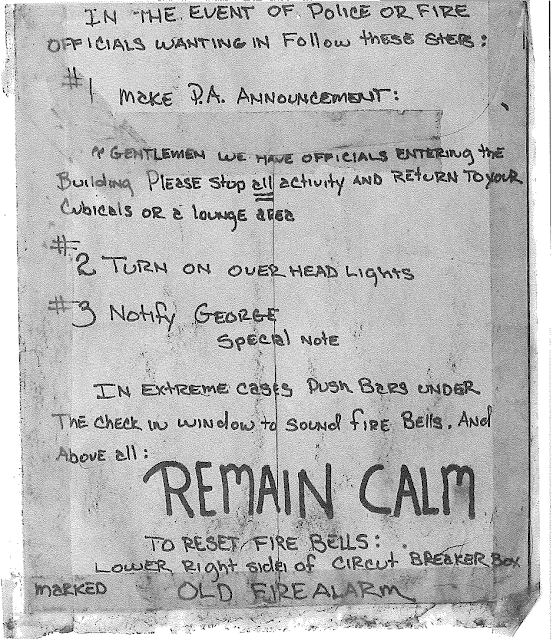