Posted at 07:26h in Blog by HBI Administrator 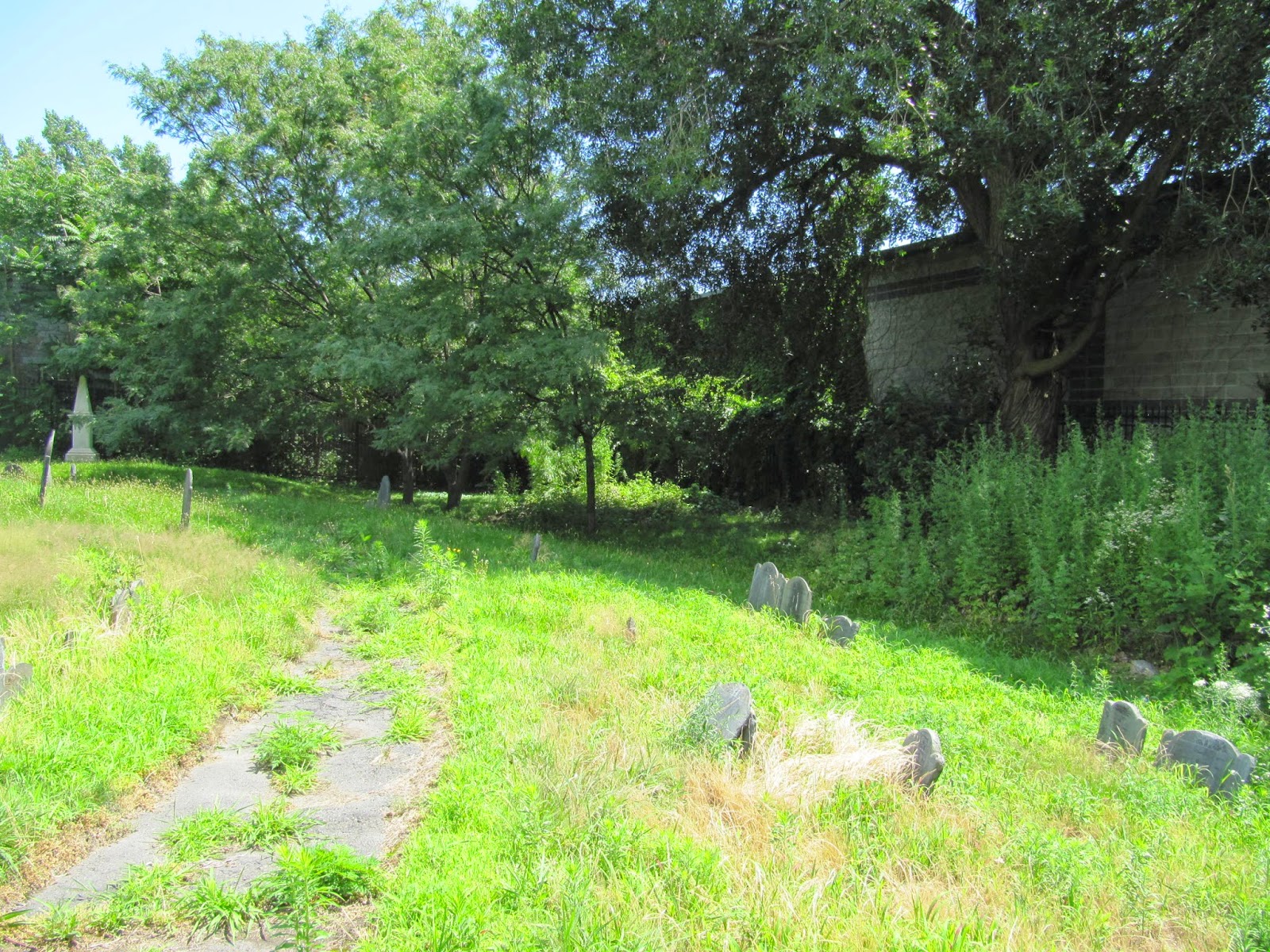 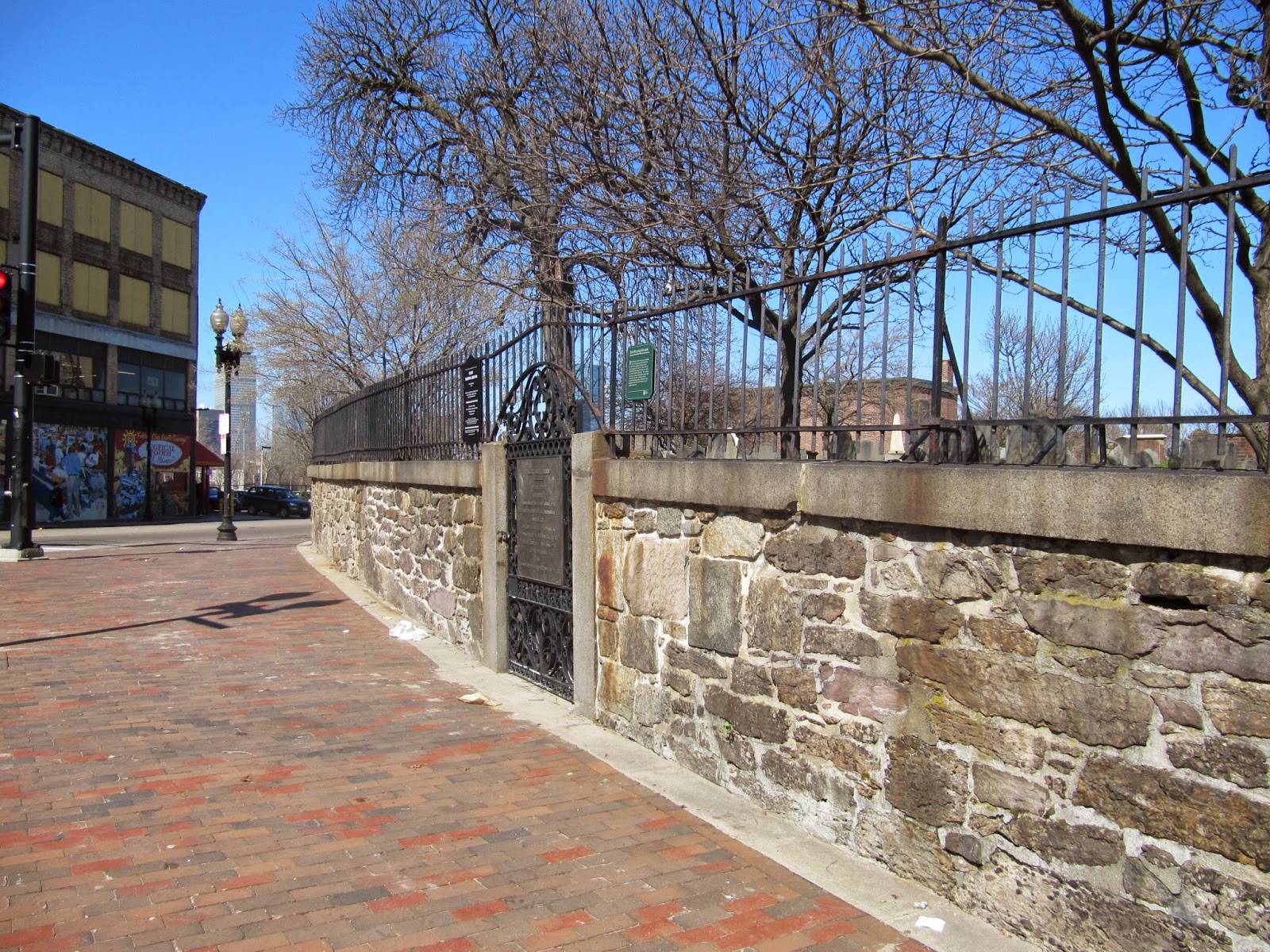 HBI was very pleased to receive the news that the Eliot Burying Ground which lies next door to our headquarters at the Eustis Street Fire House, will receive a substantial grant from Massachusetts Executive Office of Energy and Environmental Affairs to improve public access and amenities for the 1630 cemetery.  Kelly Thomas, who directs the City of Boston?s Parks and Recreation Department?s Historic Burying Ground program, is our guest blogger with the full story on what is coming at the burying ground.

The Historic Burying Grounds Initiative, part of the Boston Parks and Recreation Department, has received a grant from the Massachusetts Executive Office of Energy and Environmental Affairs Signature Urban Parks Program which will enable us to do some much need renovations at Eliot Burying Ground.

The current asphalt pathways are cracked and uneven, with vegetation growing through the gaps. We will replace the asphalt with concrete pavers, such as are used in the burying grounds on the Freedom Trail. The picket fence around the front perimeter of the site is in very poor condition with significant amounts of rust. We will restore this fence by removing the rust and repainting it. The areas of the fence that are too corroded to repair will be replaced by new parts. The front puddingstone wall is in good condition, but it will be repointed in order to ensure its continued structural stability. We will also be adding four interpretive signs which will provide historical information about the site and the people buried there.

The firm of Kyle Zick Landscape Architecture, Inc., is currently working on the design of this project. The construction will begin this fall and last for several months. This renovation work will nicely complement all the exciting work taking place in Dudley Square.

Eliot Burying Ground was established in the early 1630s when early Roxbury settlers split off from the church in Dorchester to build their own meeting house near the present-day Dudley Square. There are 765 grave markers in the site. The oldest headstone dates from 1653; it is the oldest grave marker in the city of Boston. The pudding stone wall was built in 1856. The fence was installed sometime after World War II, the original ornamental cast-iron fence having been used for scrap during the war.