The Columns Return to the Kittredge House

July 12, 2014 The Columns Return to the Kittredge House

Posted at 07:45h in Blog by HBI Administrator 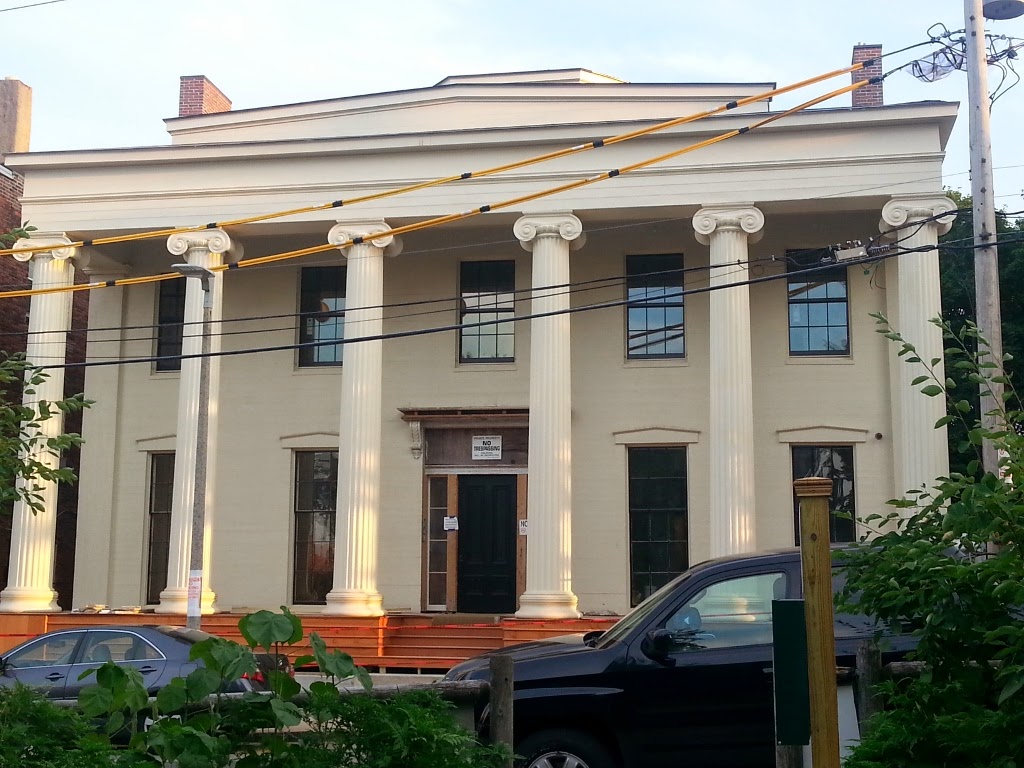 Not long after HBI acquired the Alvah Kittredge House in 2011, we gathered with Mayor Tom Menino, friends and neighbors for this photograph.   As you can see, there were only four of six ionic columns standing, and those that remained were rotting and covered with vines.  Scaffolding had been in place for several years to support the portico in place of the deficient columns.
When the rehabilitation work began, the remaining columns were inspected to determine if any part of any of them were salvageable.  One was clearly a poorly made replacement column which was falling apart and didn?t match the others. Another was thoroughly rotted through with no hope of restoration.  But two of the existing column shafts were determined to be restorable.  None of the bases were intact enough to save. 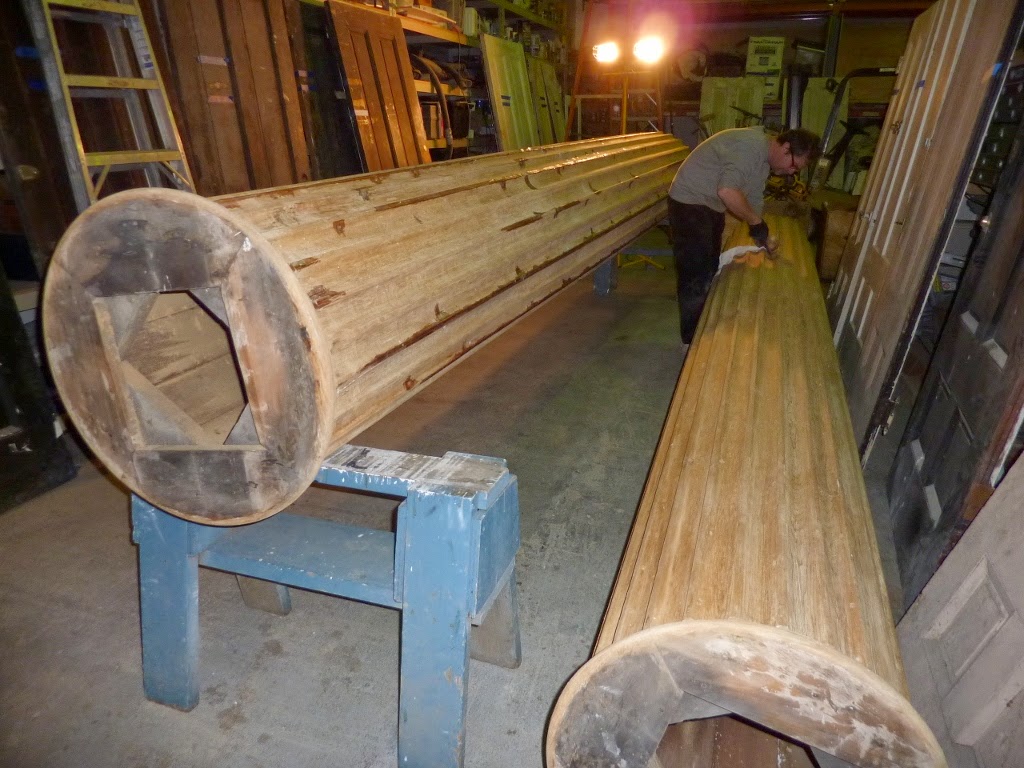 We also needed to evaluate the capitals and figure out how best to replace all six.  While the National Park Service would require the new bases and shafts to be constructed of wood, they agreed to allow us to replicate the capitals in resin which will not rot.  Essex Restoration of Wilmington, MA was able to carefully remove many layers of paint and patch missing pieces of wood on half of an existing capital so that it could be used to create a mold for the new resin capitals. 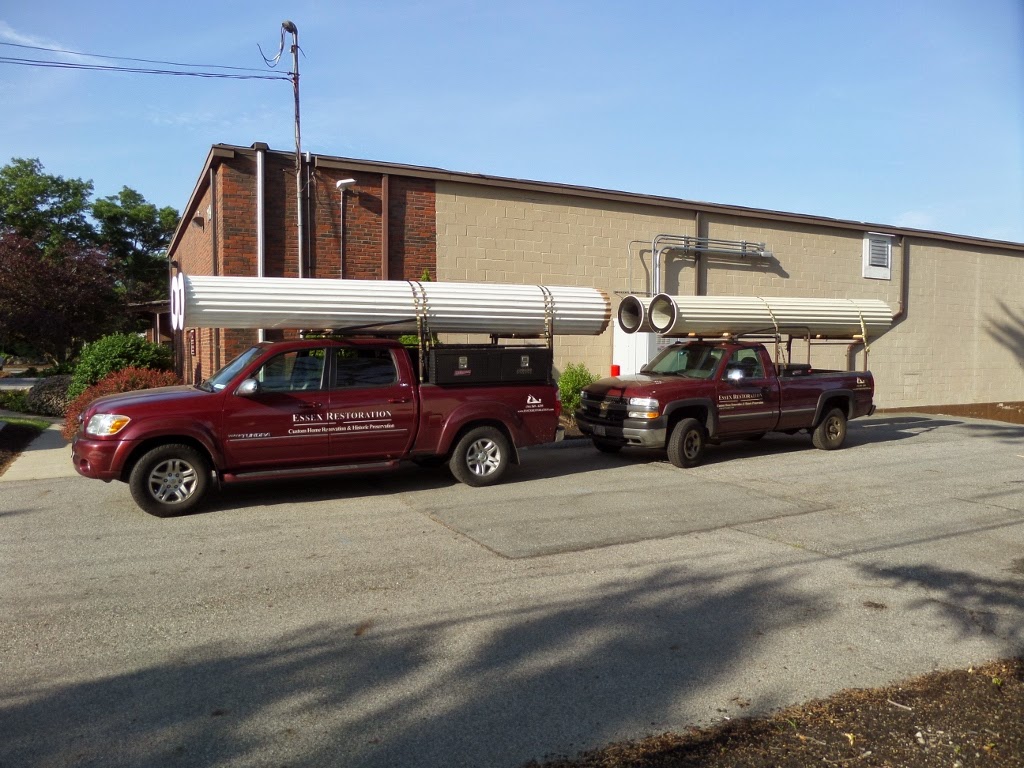 Essex then restored the two salvageable columns in their shop and identified a company to create four new column shafts and bases that were exact matches of the originals.
After many months of waiting, the new columns and capitals arrived at Essex?s shop and were then delivered to the site for installation.
First the capitals and bases were screwed in place; then the portico roof was jacked to allow the column shaft to be placed between the two.  Below is a series of photos that tell the story better than words. 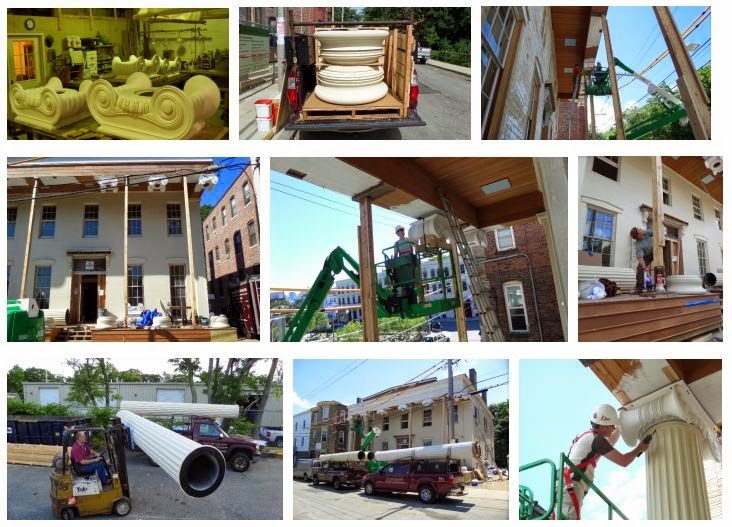