The Gibson House Museum: A Back Bay Treasure? and It Needs Your Help

February 20, 2015 The Gibson House Museum: A Back Bay Treasure? and It Needs Your Help

Posted at 12:11h in Blog by HBI Administrator 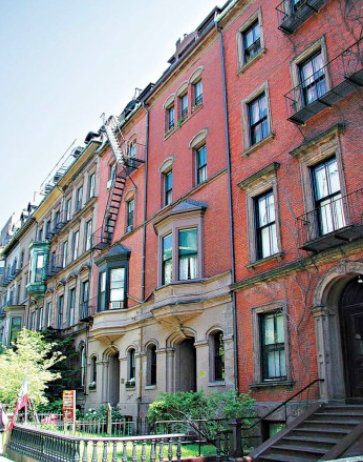 Preserving significant historic homes and the stories they can tell is important work in the field of historic preservation. House museums, however, are one of the great challenges of the field because they introduce funding challenges not experienced when a home is in continued private use or repurposed for contemporary needs. And rarely are historic house museums of the level of significance that will attract all their necessary funding through visitor revenue in order to be self-supporting.
HBI staff recently received a behind the scenes look at the Gibson House Museum, and participated in a discussion with some of its board members on the challenges of last year with representatives of the this historic treasure in Boston?s Back Bay.
Built in 1860, the Gibson House was designed by noted Boston architect Edward Clarke Cabot in the Italian Renaissance style with an exterior of brownstone and red brick. Three generations of the Gibson Family lived in the house before it was turned into a museum in 1957. The widowed Catherine Hammond Gibson commissioned the house and soon after passed it on to her son, Charles Hammond Gibson who in 1871 married Rosamond Warren and brought her to live there. Rosamond was from a very distinguished Boston family and after Catherine’s death in 1888 redecorated the house with Japanese wallpapers.
The Gibson family home was then passed to Charles and Catherine?s son, Charles Hammond Gibson, Jr. who, as early as 1936 decided to preserve the home as a museum. He was known to have roped off many areas of the home to prevent guests from sitting on the furniture. He even resisted any temptation to modernize the kitchen choosing to eat his meals outside of the house. The interior is filled with an abundance of the Gibson Family original furnishings including elegant wallpapers, furniture with original fabric, imported carpets, paintings, sculpture, photographs, silver, porcelain, curios, and other nineteenth-century family heirlooms.
In 2001 the Gibson House was listed on the National Register of Historic Places. This designation is attributed to its being the only Victorian era row house in Boston’s Back Bay to maintain the integral relationship between the design of the exterior shell and the original interior plan along with its accompanying decorative schemes. The completeness of the original furnishings compliments this distinction and enriches the story and therefore the experience for visitors to the museum. 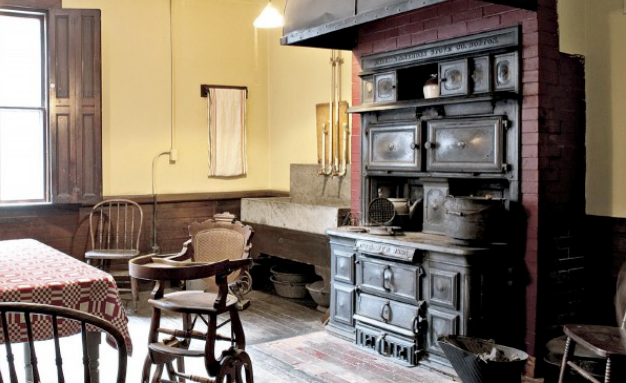 While the preservation of museum houses, like the Gibson House, is important and their stories are worthy of preservation, interpretation and funding, it is distinctly different from preservation that adapts historic buildings for contemporary uses.
When HBI takes on a redevelopment project for a historic residential structure it is with the intent of it remaining a residential use whereby people live in it with all the modern conveniences they expect for contemporary lifestyles. By way of example, the Kittredge House recently rehabilitated by HBI was originally designed for and occupied by Alvah Kittredge and his family as a private residence. However, by the time HBI acquired it, the house had been so significantly reconfigured and badly damaged over the years there was virtually nothing left to preserve as a museum people would tour. It was, however, an excellent opportunity to preserve the exterior features and some of the significant interior features that remained, while turning the mansion into an economically viable multi-family residential building.
This redevelopment approach for a property allows a developer to take advantage of state and federal historic tax credits as a primary finance mechanism in the funding structure for a rehabilitation project. There is a 20% federal income tax credit for the substantial rehabilitation of commercial (income-producing) properties that are listed on the National Register of Historic Places. These properties may be individually listed or may be in a locally designated historic district that has been certified by the National Park Service. Many states, such as Massachusetts, have a companion rehabilitation tax credit for historic properties that can be layered with the federal tax credit. States vary in their requirements, and many allow for private homes and other structures (such as barns) to receive state historic income tax credits for rehabilitation. 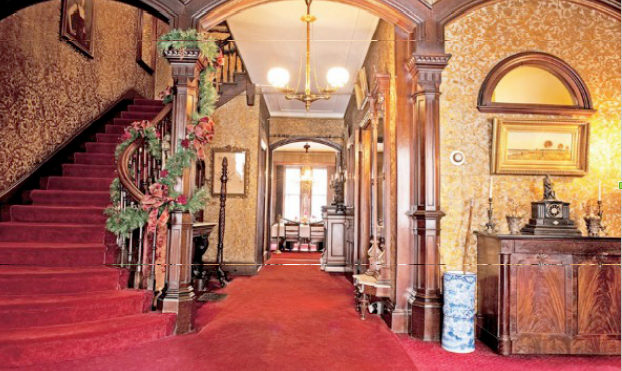 The criteria for utilizing the federal tax credit, however, limit the type of projects which qualify for their use. Since, in the case of a museum home already in operation, the property is owned by a non-profit entity that would likely continue to own the property after rehabilitation, it would not quality. The property would essentially have to be sold and repurposed by a different owner which would defeat the purpose of the property and the mission of the non-profit owning it.
For museum houses, this means finding other ways to generate revenue for maintenance, repairs, and capital improvements ? not so easy when the generating of funds does not include the steady and more traditional rental income from tenants. First of all, it?s best to have an endowment established up front if a property is donated or purchased for museum purposes. This is the soundest means of establishing long-term economic sustainability for operating expenses, repairs and maintenance, and more extensive capital improvements. But if an endowment is not in place or has been significantly depleted over time, the organization needs to look to alternative sources.
Non-profit museums like the Gibson House rely more on charitable donations and capital grants, in addition to their memberships and entrance fees which can provide some financial base with a degree of stability and predictability. But, the competition is often high for these charitable dollars and the size and uniqueness of these properties draws on a small pool of potentially interested members and visitors often leaving a shortfall in budgets. So other creative approaches must be considered.
In the case of the Gibson House, they have found ways to host events such as theatrical performances, fundraisers, benefits, and talks by authors and the museum curator on various topics of interest using the house and grounds as both physical and narrative backdrop. There is a nominal charge for these events and they are a great way to spend an evening or weekend afternoon. 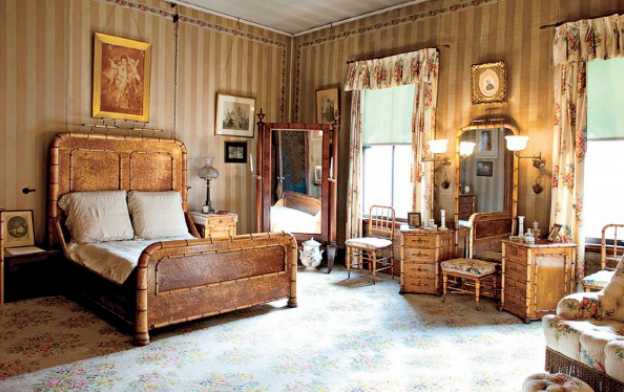 Our visit emphasized how important it is to support local museums like the Gibson House with contributions and regular visits. But it also reinforces the educational benefit received from places like this. If you?d like to see a real ?Downton Abbey? or ?Upstairs Downstairs? in Boston, the Gibson House provides the real thing and helps to tell the story of Boston?s social history and the interdependency of wealthy with not-so-wealthy people. It also provides a demonstration house for 19th century design and decoration. Museum houses do need to be creative to survive, but they also need to stay connected to their public educational mission in order to stay relevant to those who would donate and those who will visit.
And that?s our pitch to you: please support the Gibson House and other publicly accessible house museums in Boston. These are important cultural treasures that continually face funding challenges. Become a member, attend an event, and don?t forget them in their annual campaigns.
Visit the Gibson House Museum website for more information:
http://www.thegibsonhouse.org/
View a recent article profiling the Gibson House Museum in Harvard Magazine:
http://harvardmagazine.com/2015/01/preserving-heirs-and-airs