The IRS responds to Boardwalk at long last, but is it enough to jumpstart the historic tax credit market?

January 24, 2014 The IRS responds to Boardwalk at long last, but is it enough to jumpstart the historic tax credit market?

Posted at 17:23h in Blog by HBI Administrator 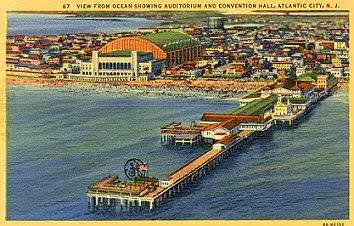 Former HBI Legal Fellow, and now Associate at Kopelman and Paige, PC, Matthew Welch, has returned to update us on the state of the Boardwalk case.
June 2013 was the last time HBI?s blog covered the Boardwalk case, in which the IRS denied the allocation of federal historic tax credits to the corporate member of a partnership associated with the rehabilitation of the Historic Boardwalk Hall in New Jersey. The June post examined the chill that had descended over the federal historic tax credit market as a result of the Boardwalk decision.  Corporate investors that developers traditionally relied upon to help finance historic rehabilitation projects stayed on the sidelines, unwilling to commit to a project without a clear understanding from the IRS on what type of partnership structure would leave a rehabilitation partnership immune from IRS challenge. HBI became acutely aware of the depth of the problem when it solicited project investors for the Alvah Kittredge House rehabilitation and received a very tepid response. In response to this market turmoil, the IRS and US Treasury promised to issue guidance that would respond to the fallout from Boardwalk and the uncertainty pervading the market.
Working closely with the Historic Tax Credit Coalition, the IRS recently released its ?safe harbor? guidelines for federal historic tax credit transactions, at long last providing a concrete road map to developers and investors who wish to partner in a historic rehabilitation project. The safe harbor guidelines, if followed strictly, should ensure that the IRS will not challenge a given project partnership. In essence, the guidance is a direct response to the aspects of the Boardwalkpartnership that the IRS believed made that partnership structure a ?sham?. The Boardwalk investor was guaranteed to receive the tax credits awarded to the rehabilitation plus a preferred return; otherwise, it was not participating in the profits and losses associated with the redevelopment. As a result, the IRS claimed that the investor had no meaningful stake in the project as a true partner would and thus should not receive the tax credits associated with the rehabilitation. In the eyes of the IRS, then, the safe harbor guidelines ensure an investor is a true partner.
Indeed, the investor must have a bona fide equity stake in the project at all times it maintains an interest in the project partnership. This requires the investor to share in the material elements of the partnership?like income, gains, losses, deductions, and tax credits?such that its investment is contingent to some degree upon the success of the project.
According to the guidelines, the investor is also required to make a substantial financial contribution early on in the project to ensure that the investor assumes a meaningful stake, and thus some risk, early in the project timeline as opposed to waiting until much of the risk has passed. 75% of the investor?s total contribution to the project, in fact, must be fixed prior to the date the project is placed in service.
There are several other mechanisms in the safe harbor rules that ensure the investor assumes meaningful risk in the project. No other entity in the project partnership?developer, owner, or otherwise?can guarantee the investor?s receipt of tax credits, or the monetary equivalent, in the event of an IRS challenge. Similarly, there can be no guarantee of distribution from the project to the investor. One final safe harbor rule of note is that the partnership cannot have a call option on the investor?s stake; meanwhile, however, the investor can have a put option, though the investor can only receive fair market value or less for its stake.
In sum, the guidelines and requirements found in the IRS?s safe harbor rules better guarantee, at least in the eyes of the federal government, that a corporate investor is not simply purchasing tax credits in a roundabout way; instead, to receive tax credits, the investor must join and contribute to the rehabilitation project in a meaningful way, which implies the assumption of the equity risk inherent in any historic rehabilitation project. Whether the predictability provided by the IRS guidance is enough to thaw the freeze in the market created by the Boardwalkdecision remains to be seen. Developers like HBI will undoubtedly hope so since the federal historic tax credit is not only a helpful financial tool in undertaking a historic rehabilitation project, but often critical to its feasibility and success.