The Results Are In: The Color of the Kittredge House Is…

Posted at 11:59h in Blog by HBI Administrator 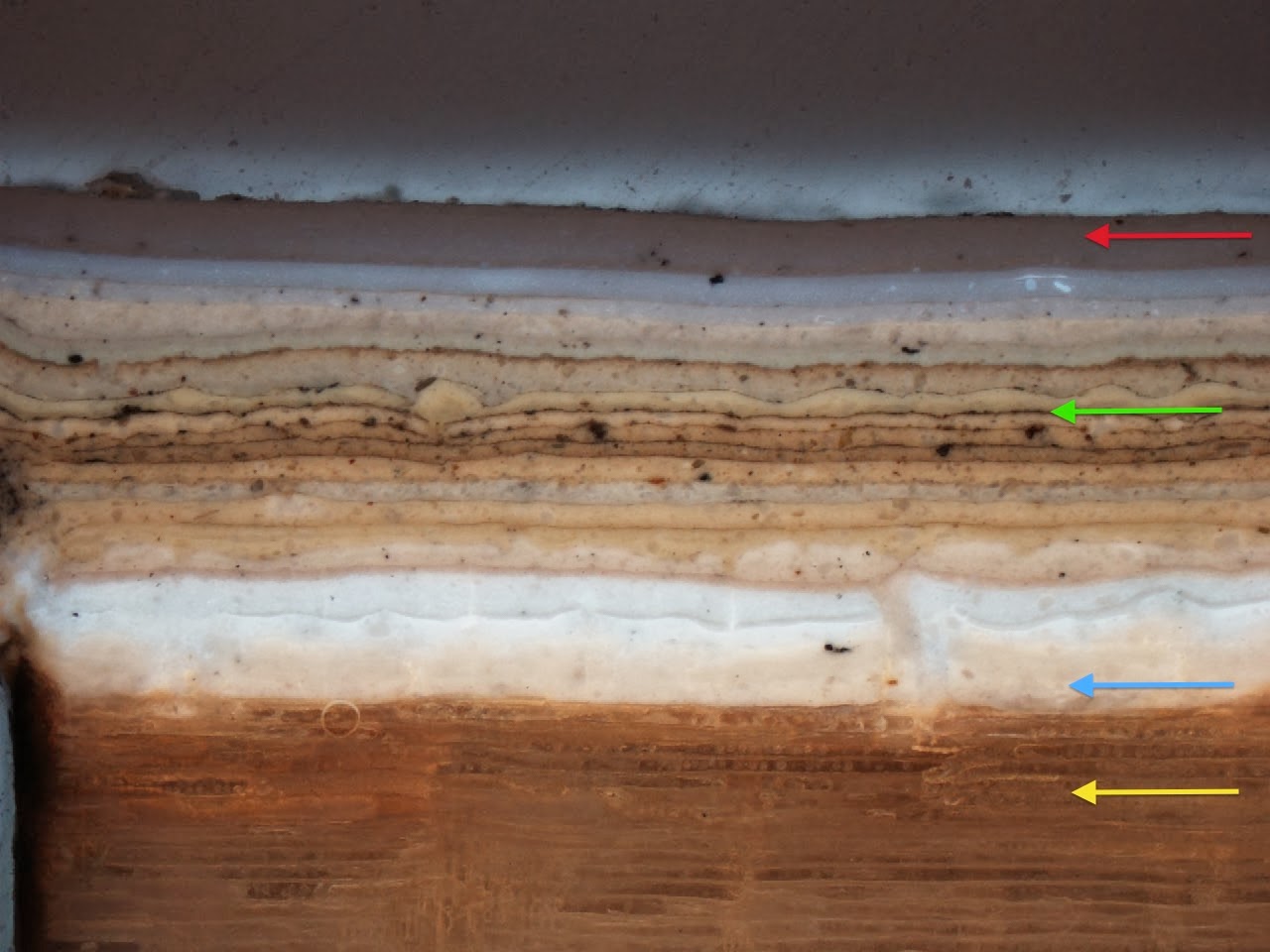 In last week’s blog, Alice Gilmore of Building Conservation Associates (BCA) described the process of testing historic paint to determine the original colors of the Alvah Kittredge House. As promised, BCA has determined the original color of the house, which Alice unveils below.

The results are in! We found very thick accretions of exterior paint while we were on site, so we were able to get great cross-sections. The cross sections not only tell us what the original color was, but they also give us an idea how the house has been painted throughout its nearly 200 years of existence.

As I mentioned in our previous post, we viewed the cross sections under reflected (visible) light and under ultraviolet light. Normally we photograph samples at 125x, however, the accretions on our samples were so thick that we had to photograph them at 40x in order to capture the full sequence in one photograph.
Looking at our cross sections, the yellow arrows point to the wooden substrate that the paint is bonded to. 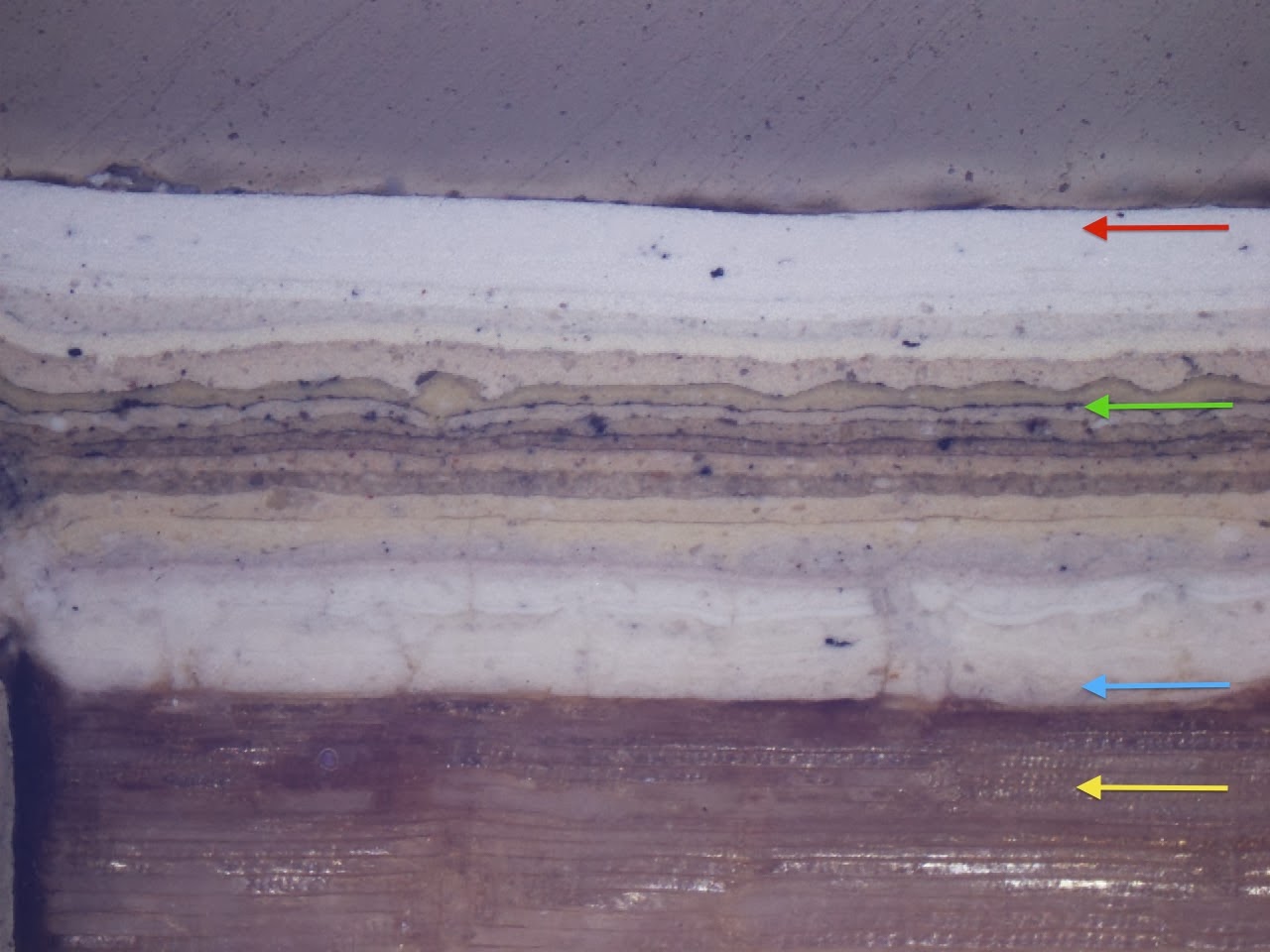 The blue arrows point to the original paint color. (Remember, the cross section has not been light bleached, so the original paint in the photos looks different from our color match).
The green arrows are pointing to one of the very thin black lines that appear throughout the cross section. These lines are layers of dirt.  The dirt layers help us determine which layers were finish coats and which layers were primers. However, this determination is not fool proof because the dirt could have been removed by thoroughly sanding the existing coat of paint prior to repainting.
The red arrows point to the modern paint. It is interesting to note how dingy modern paints look under ultraviolet light. Historic paints contained high levels of phosphorescence, which are revealed in ultraviolet light. Modern paints do not. Viewing cross sections under ultraviolet light not only allows us to pick up subtle variations between paint layers that we cannot see in visible light, but it also allows us to determine if we are looking at historic or modern paint.
Once we finished analyzing the cross sections we began the color matching process that was described in our last post. We were able to find a very close match in the Sherwin Williams paint line. It turns out the original color is a buff color similar to limestone rather than the bright white it is painted today. This is not surprising because Greek Revival homes were often painted to look like stone.

Between the 1830 and 1850s Greek Revival architecture spread rapidly through the United States and quickly became the national style. The ancient Greek temples that this architectural style emulates were considered the height of architectural refinement. However, in the United States stone was often too expensive for domestic architecture, even for the wealthy. Thus many people constructed their houses of wood, but utilized paint to give the illusion of stone.
It was great fun for Building Conservation Associates to work on the Alvah Kittredge House. It is coming along quickly, and we are looking forward to seeing the end result!