May 5, 2011 Tour and Charrette Kickstart Dialogue about the Charles River Speedway Headquarters

Posted at 14:21h in Blog by HBI Administrator 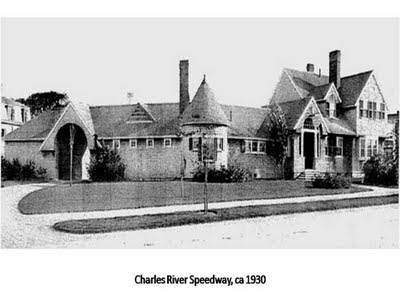 In June, HBI will kick off its redevelopment feasibility study for the Charles River Speedway in order to assist the Mass.  Department of Conservation with site disposition and stewardship planning.  HBI participated in the Charrette hosted by the Boston Preservation Alliance and the Brighton Allston Historical Society last Saturday to learn more about the community?s ideas for future development.  The following post was written by Haley Wilcox of the Boston Preservation Alliance. All photographs below are credited to Jennifer Barrington.

The Charles River Speedway Headquarters, nestled in a busy intersection at Western Avenue and Soldiers Field Road in Brighton, has seen better days: the shingle siding is rotting, portions of the foundation are crumbling, and the windows are boarded up. But its condition didn?t stop a large crowd of Bostonians from gathering in the courtyard to take a peek inside the historic complex on Saturday, April 30. Fifty people, armed with flashlights and maps, snaked through the six interconnected buildings to get a glimpse of what was inside, use their imaginations, and begin to envision a new life for the ailing complex.
Built largely in 1899, the Shingle and Colonial Revival Style structure was part of the popular Charles River Speedway, a recreational long harness horse racing track established by the Metropolitan Parks Commission, an agency designated with the task of establishing park space in urban areas. The Speedway and surrounding parkland was well-loved by Boston residents, who used the space for casual strolls, bicycling, exercising horses, and even costumed chariot races. The track is long gone, but the Headquarters still stands as a unique reminder of its once thriving past. 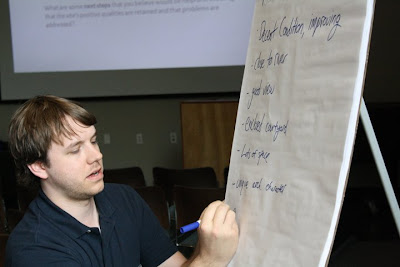 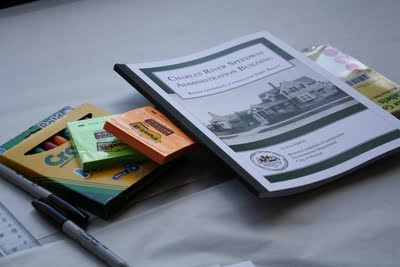 After the morning tour, an enthusiastic group of neighborhood residents, architects, students, business owners, and others met at the Honan-Allston Branch Library to discuss the complex and brainstorm about possible uses. The charrette was hosted by the Boston Preservation Alliance and Brighton-Allston Historical Society, with participation from the Department of Conservation and Recreation (DCR), the Boston Landmarks Commission (BLC), and Historic Boston Incorporated (HBI). Information from the day will be considered by DCR and HBI as they work to put together a feasibility study for the complex over the next two months.

From the beginning of the discussion, one thing was clear: the complex is a well-loved place worthy of preservation. Its unique architecture and proximity to the river give it amazing appeal, and it has been an icon of the neighborhood that residents have hoped would be revitalized for decades. All the ideas for site improvements embraced the complex?s architectural charm: landscape design, structural repair, improving the central courtyard, improved pedestrian accessibility ?the list goes on and on. With a promising discussion of possibilities for its future, renewed enthusiasm for its reuse, and increasing public awareness, the Speedway Complex surely has a bright future.