Video Tour of the Kittredge House!

Posted at 13:58h in Blog by HBI Administrator 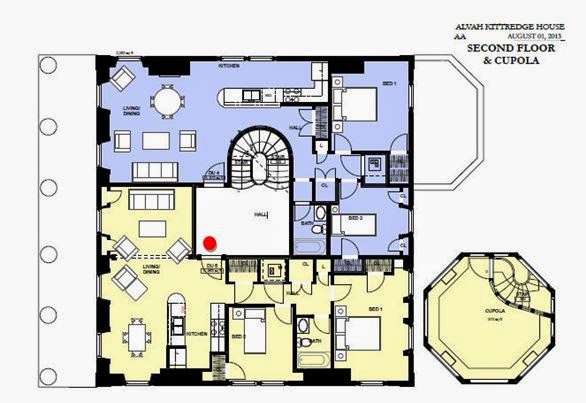 The Kittredge House is now 25% complete, and the apartments are getting framed out, which is an exciting step in the construction process.  The renovated Kittredge House will have five apartments. There will be two on the first floor, two on the second floor, and a garden apartment on the bottom floor. On this video tour, we took a look at one of the second floor apartments (the apartment in yellow on the plan). I am filming from the center hall on the second floor, and then panning from the entry way into the apartment (see the red indicator on the plans). Towards the end of the video, take note of the woodwork around the windows. That woodwork is original, and has been stripped of paint. The original shutters that folded up on the sides of the windows, as well as many other wooden details are being stripped down offsite, and will be returned to the Kittredge House soon.